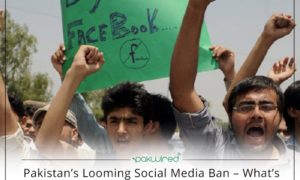 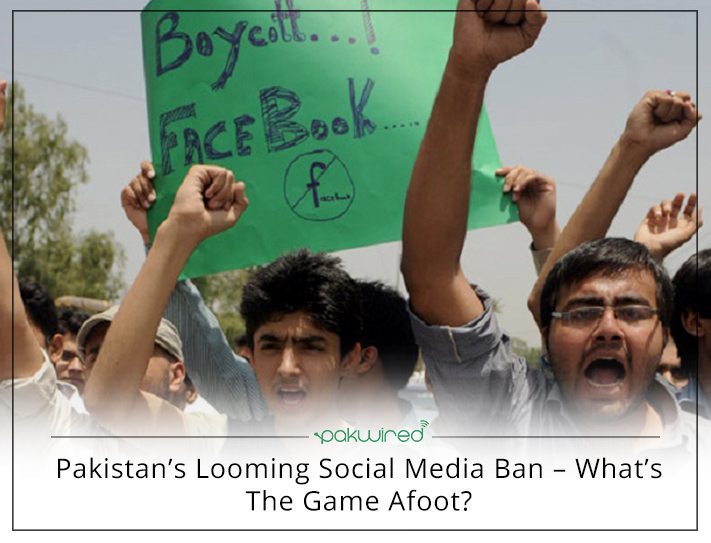 Do you know what’s the most brilliant thing about the power of tradition? It survives. It survives the tyranny of age, and the shift of regimes. It survives. It thrives, and travels, and provides us with gist of its observations spanning over centuries, encompassed in the form of adages. One of them popping in my mind at the moment is of Punjabi language and it talks about falling over from a burro.

The situation at hand, however, is graver than that of falling over from a burro. If you’ve read or watched Lord Of The Rings (LOTR), you’d know how a game for ring changes fate of the inhabitants of a little sleepy town. Whether we’ve been played like the hobbits of the Shire, or not, only time will tell.

I’m jotting down here the events of last two weeks chronologically, to put things in perspective. Bear with me please, and fasten your seat belts. This storm born in a tea cup has successfully been brewed to the point of morphing into an iceberg. Or perhaps, there has always been more than what has met the eye. 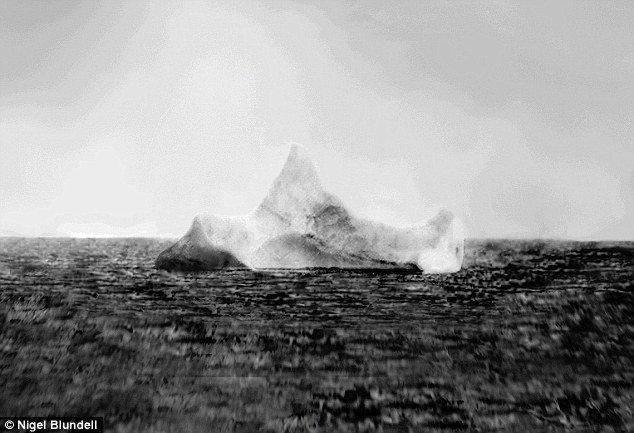 The story broke out on March 7, 2017, when the Islamabad High Court (IHC) Justice Shaukat Aziz Siddiqui, while hearing a case, reacted strongly against what he deemed was ‘disrespectful’ content on social media. The petition moved by Civil Society of Pakistan through its president some Mr. Muhammad Tahir sought action against posting of blasphemous material on social media. In an unusual outpouring, the honorable judge pledged sacrificing his parents, his life and his job, in line of what he considered served the Prophet.
News channels were understandably captivated by the sudden, and absolutely out of the blue, emotional outburst they witnessed in the usually solemn judicial quarters.

Justice Siddiqui could not control his emotions as his eyes welled up out of respect for the Holy Prophet (peace be upon him) while he was dictating the ruling.

“Why is the blasphemous content present on the social media? What steps had the government taken up in this regard so far?” he raised multiple questions.

The hearing, that was to rattle Pakistan’s communication landscape, concluded by the issuance of three main takeaways: (1)

So, the ball was set rolling.

See, the inherent significance of social media is in its unparalleled ability to spread a message, whether good or bad, to the multitudes. Whether you’re part of the bandwagon or not, there’s no denying the power of the medium. So much so, that social media has infiltrated the very psyche of netizens in the current digitalised era. In an age where even the US President can not get away with announcing ‘bans’ without being dragged to the courts, a ban on social media in a third world country is bound to at least raise questions, and people expect justifications for the ban to be compelling. None coming your way.

The next day, on March 8, 2017, as was expected, the entire country was abuzz with the rumors discussing the fate of social media.

The Islamabad High Court (IHC) ordered the government to block access to the blasphemous content on the social media. Chairman PTA Ismail Shah expressed limitations in regards to selective ban of the content shared at social media. He told the court that such a course would require examining 1.4 billion pages for objectionable content. (2)
Some critics saw the directive as the initiation of a blanket ban on social media, rolling out in phases; others chose to adopt a wait and see course of action.

The court also directed the government to put the names of blasphemers on the exit control list (ECL).

In the brouhaha that surrounded the developments over the social media ban matter, majority of the people missed to notice another significant news.

The news was about the reference against four high court judges over charges of misconduct, pending with the Supreme Judicial Council (SJC).  It said: (3)

Two references against another judge Justice Shaukat Aziz Siddiqui, one pertaining to misuse of authority for personal gains and other involving misconduct when he addressed a lawyer general body meeting were filed before SJC and await verdict.

Justice Siddiqui, the news report stated, had demanded an open public trial in place of an in camera proceeding that SJC holds while hearing references as per its rules.

Justice Siddiqui had claimed fame, during his days at the bar almost a decade ago, for being a successful counsel to the Red Mosque chief cleric Maulana Abdul Aziz. (4)

On March 9, 2017, the government came out in full force, all guns blazing, lauding the IHC orders. Minister for Interior Chaudhry Nisar, who is usually not the person you’ll find issuing a statement at instance of a mishap in the country, chaired a high-level meeting to discuss the matter of blasphemous content at the media. Nisar announced: (5)

“We will go to any extent (including) permanently blocking all such social media websites if they refuse to cooperate.”

It’d make for an interesting observation to notice the minister’s statement issued to all media outlets. The statement expressed intolerance for blasphemy, and if viewed a little more closely, broadened the definition to include ‘ridiculing top state functionaries‘.

“No country can allow religious sentiments to be hurt or top state functionaries to be subjected to ridicule under the pretext of freedom of expression.”

In addition to this, Federal Investigation Agency (FIA) launched an advertisement campaign in the national print media, asking public to take part in identifying and pointing out any blasphemous content, as well its posters. “Witch hunting”, some chose to call the agency’s initiative. 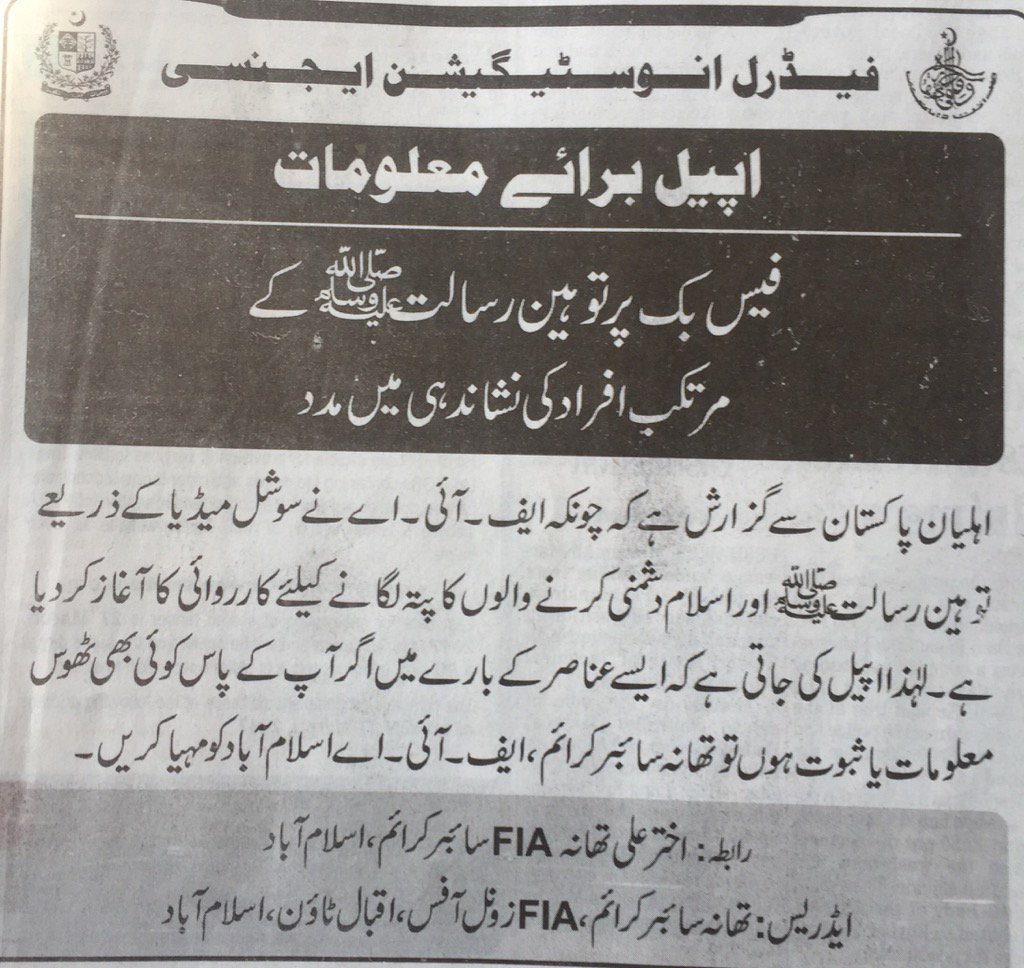 The same day, IHC also expanded the sphere of case proceedings and questioned the lack of participation in the matter at hand by the Prime Minister of Pakistan. Justice Siddiqui directed
the Information Technology secretary to call a meeting with high officials from PTCL, Transworld and Khawaja Saad Saleem from private sector and Iftikhar Ahmed Bashir advocate, being a legal expert, to work out the strategy. In his ruling, the honourable judge noted: (6)

“Due to sensitivity and delicacy of the matter, Chief Executive of the country was supposed to be aware of this issue, but it appears that this content has not been brought into his notice, making the worthy Prime Minister understand that the entire nation is sleepless and due to inaction of executive, finding itself helpless.”

On the same day, TV show Zara Hut Kay discussed the case of SJC’s current hearing of a case of misconduct, as mentioned above. Following the programme, the show was later put off air at the orders of PEMRA. 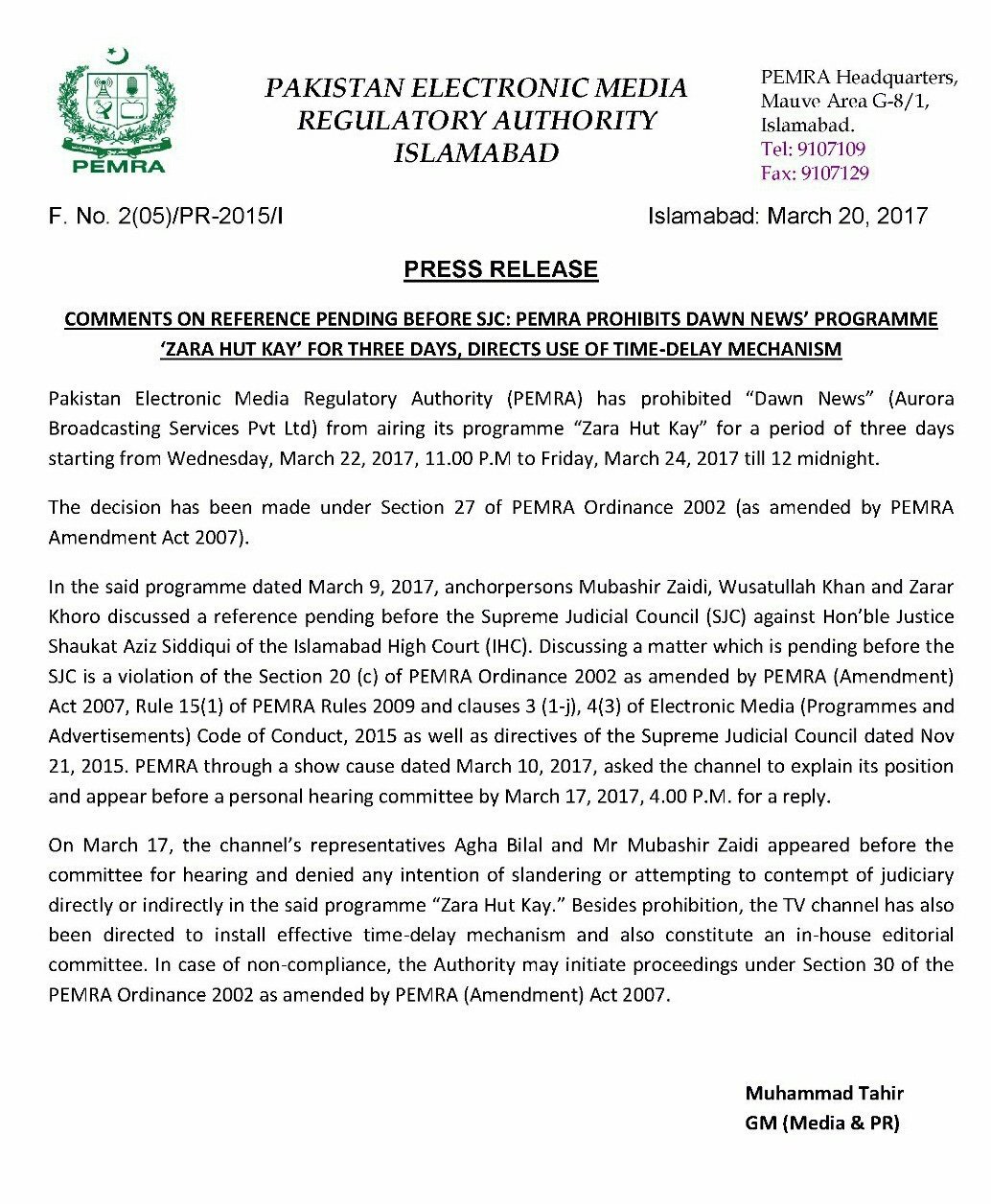 On March 10, 2017, a meeting took place at the Ministry of Information Technology and Telecommunication. In the meeting, kept away from the prying eyes of media, government staged a ground for the far right strata of the society to share their grievances against the issue of blasphemy, and sought opinions from the IT sector.

The meeting concluded with government’s resolve to contact Google and Facebook and let them run in the country if the platforms agree to roll out a customized model similar to that in Germany which filters any antisemitic content.

In the next few days there remained a general atmosphere of anxious apprehensiveness over masses and business sector operating through the social media as major means of driving sales leads.

On March 13, 2017, the same petitioner Mr. Muhammad Tahir, filed another writ petition in the Islamabad High Court seeking its orders for closure of Facebook in the country until blasphemous material and pages are deleted permanently. (7)

The same day, Prime Minister Nawaz Sharif actively involved himself in the matter and seeking daily report on the issue directed Interior Minister Chaudhry Nisar Ali Khan to take all necessary measures to block blasphemous contents on social media and those responsible should meet their nemesis promptly. (8) 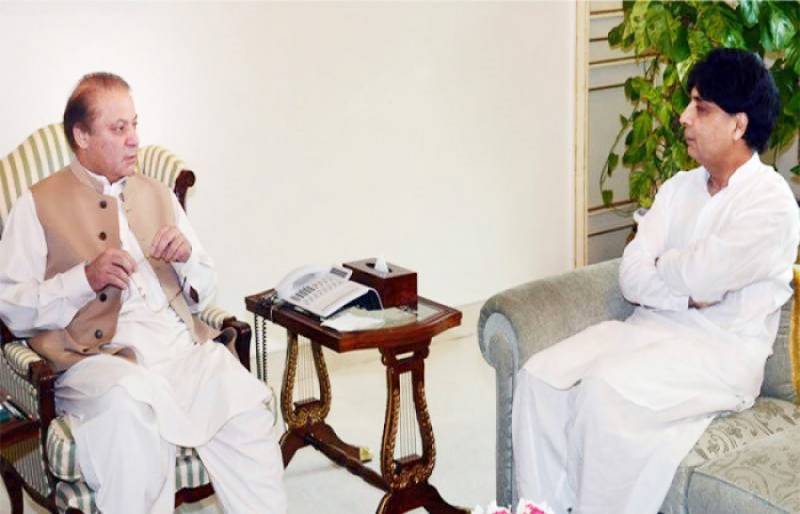 What do they say? Yes … the more, the merrier!

Hang in there, there’s even more coming …

The day opened another Pandora’s box. This time it was Minister of State for Information, Broadcasting and National Heritage, Marriyum Aurangzeb, who let the … err… genie out!

Aurangzeb announced that anyone on social media involved in any “negative propaganda” – a term open to an individual’s personal interpretation – against the Prime Minister and his family would face prosecution under the cyber crime law and defamation laws. (9)

In the current situation of an extremely significant legal case – first of its kind in Pakistan’s democratic history – the Panama Case, just about to reach its conclusion, this application of Cyber Crime Law is … well, amusing.

On March 14, 2017, Prime Minister Nawaz Sharif made a historic speech in Karachi, at the event of Holi.

Now, this is where you’ve to allow me to take a detour. This episode may not seem relevant to the chronological series of events we are following, but you’ll get the relevance in the coming passages.

Addressing a large congregation of the Hindu minority in Pakistan, the Premier said: (10)

“All religions in the world teach respect for humanity. Islam teaches respect for all religions. Pakistan was not made so one religion can dominate over others.”

Government launched an advertisement campaign in today’s papers for ‘general public, media houses and social media users’ warning them to remain watchful about exercising their right of freedom speech.

The most significant part of the advertisement is the footnote. It reads:

Do you see what the government has done there?

The same day FIA contacted Interpol and Facebook to identify the social media pages and accounts containing blasphemous contents that violate international laws. It was shared by the Interior Minister that Pakistan looked forward to represent the global Muslim community on the issue of blasphemous content posted on social media platforms and take the fight to any extent necessary. He informed that the US administration and FBI had also been contacted to take part in resolving the matter. Nisar hinted at going against the social media platform Facebook in the International Court if the platform doesn’t address the GoP concerns. (11)

Yes. It went that far.

The same day, a press release by the interior ministry announced Facebook’s agreement to sending a delegation to Pakistan to resolve the blasphemous content matter amicably. (12)

On March 21, 2017, a blasphemy charge was lodged against the Prime Minister for his speech at the Holi event.

A local cleric Allama Ashraf Jalali, a leader of Pakistan Ahle Sunnah wa Jama’ah and secretary of Sunni Ittehad Council, said that the prime minister had not only blasphemed against Islam but also demeaned the ‘ideological foundations’ of Pakistan.

In the video recording widely circulating over the web, Jalali accused Sharif, in the harshest of words, to have “violated his oath, ideology of Pakistan, The Quran and Sunnah of Prophet. His speech is a dangerous attack on Islam.” (13)

On March 22, 2017, Justice Shaukat Siddiqui remarked in the hearing of the ongoing case of blasphemous content over social media, that if the social media platform does not comply to the government of Pakistan’s demands, it should be banned.

The Court will now announce its verdict on Monday, March 27, 2017, on whether the platform could be allowed to operate in Pakistan or not. (14)

On the same day, Nisar announced inviting ambassadors of Muslim countries in Islamabad on March 24, to discuss a joint course of action against blasphemous content over the social media. (15)

What is the situation, now?

Look at this journey from March 7 – March 22… barely two weeks. Look at the impact it has caused: over the public discourse; over the basic sense of security; over the overall definition of your legal rights.

Shadows have reached the Shire, one may conclude.