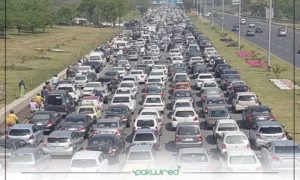 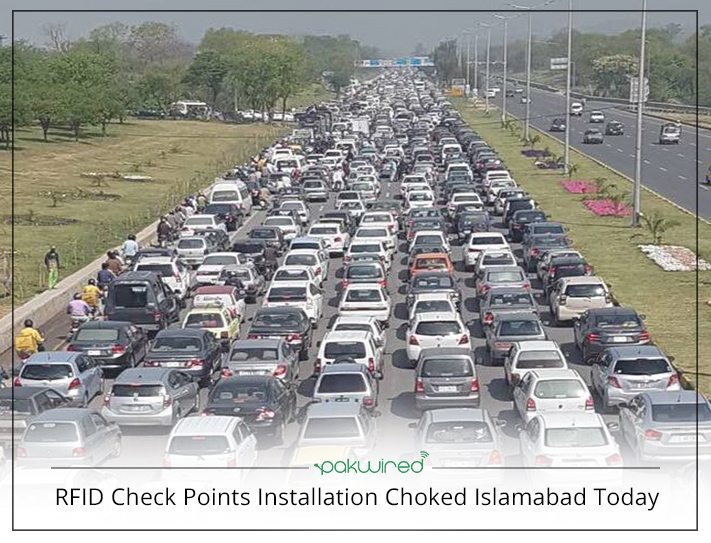 Islamabad, today, is enduring the installation of radio frequency identification device (RFID) barriers at the entry and exit points of the capital. The installation of the new RFID check points during the working hours, on a business day, without the provision of alternate routes for public to adopt, has played havoc with the capital’s traffic situation.

The new barriers are being installed in compliance with the Interior Minister Chaudhary Nisar Ali Khan’s directive in early April, that Islamabad Traffic Police (ITP) should install radio frequency identification device (RFID) barriers at all entry and exit points of the federal capital. The minister had assigned the deadline of end May for the completion of the task.

Also Read: 6 More Cities To Be Made Part of The ‘Safe City Project’

Ironically, the move initiated to provide ‘smooth entry and exit‘ for inter-city commuters and ‘enhanced security’ of the federal capital, has choked up the entire capital today. In the images being shared on twitter this afternoon, the plight of commuters can be well seen in the form of choking Islamabad roads. 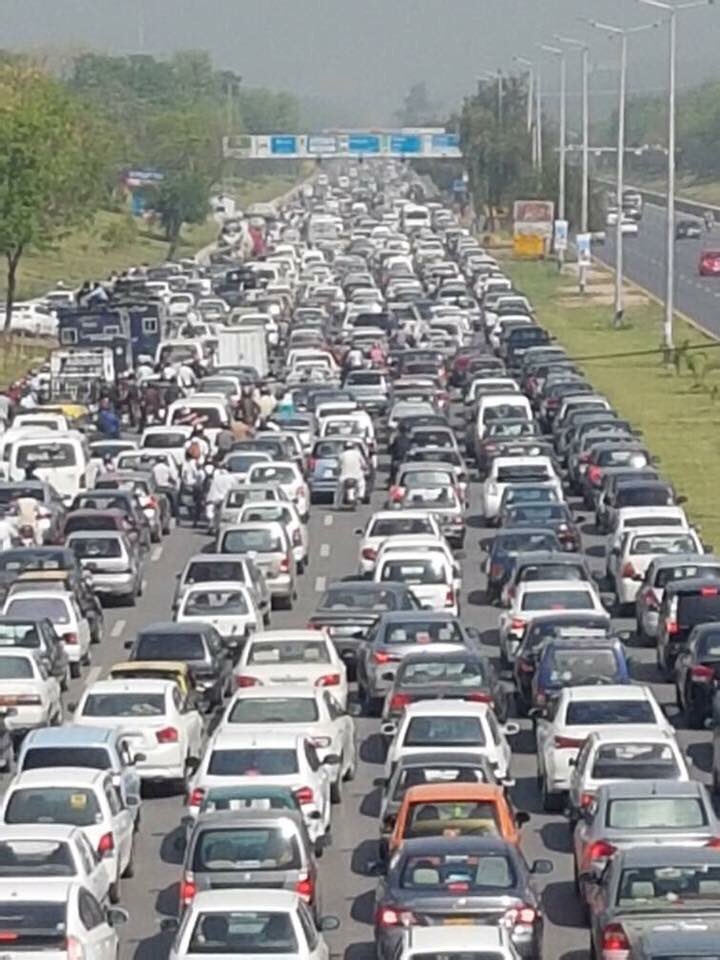 Through the real time coverage of the flow of the traffic it is obvious that the the scope of hazard being caused by the development work had not been taken into account while setting up the RFID barriers in the capital today.

While planning the installation Nisar had instructed the chairman of the National Database and Registration Authority (Nadra), to also develop integration of the RFID system with facial recognition technology to ensure enhanced security for the capital.

The minister had said that with the RFID tagging system the commuters shall be spared the hassle of frequent security checks at various police checkpoints. The move was also envisioned to connect the RFID check points with the Safe City. In addition, it had also been seen an enabler for the ICT Police to ensure the optimum utilisation of its human resources.

While it had been decided that additional lanes would be provided at all entry and exit points of the capital bearing RFID check points so that traffic congestion at these terminals could be eased, the situation has not transpired as such.