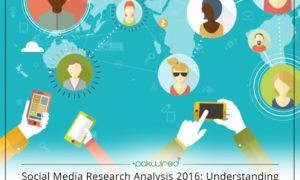 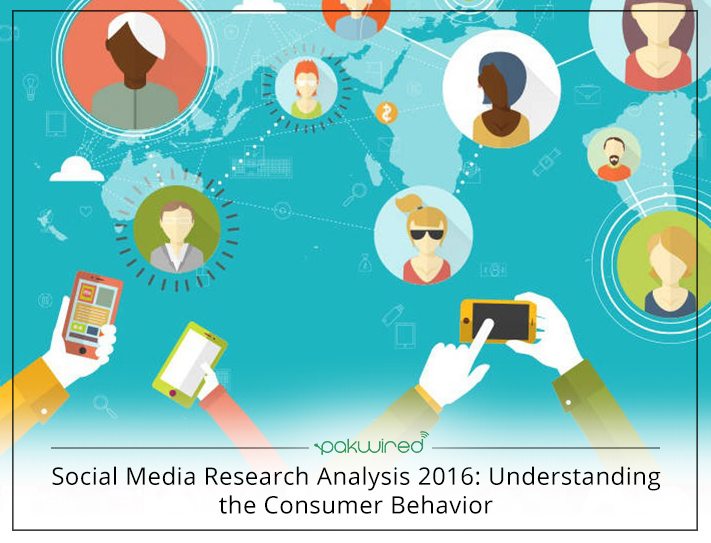 Your market dynamics can make or break your business — such fine margins when it comes to modern market dynamics. The rise of social media has helped the customer to become smarter and more adaptable to change. Social media research for targeting the right audience, identifying the right customer has hence become even more important.

Before I dive deep in to the facts and numbers, here are a few important things to understand

Now that we are done with the formalities, time to proceed into the data sets. This promises to be a truly enticing prospect actually. 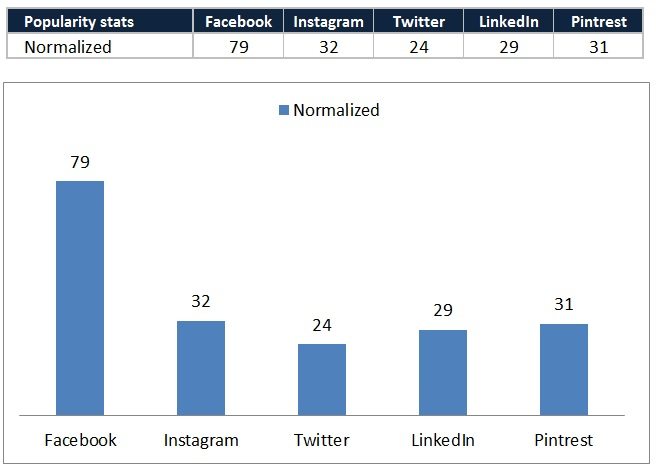 Facebook has a massive lead when it comes to the primary choice of a social media platform. According to official Facebook data, the social network has a global daily active user base of 1.12 billion. It figuratively and literally towers above all its competitors and that’s even with considering Instagram a separate entity.

How to read the data?

79 percent of online adults, which is roughly 68 percent of all Americans, use Facebook. The numbers shown in the graph and table are not mutually exclusive. To simplify, this means that people who use Facebook also use other social media platforms.

Out of 100 individuals in a set of random people – 79 of them are aware of Facebook and use it. A staggering number by any standard indeed!

If you are a marketer and have a product that appeal to a particular gender, this is probably one set of information that will come handy for you. 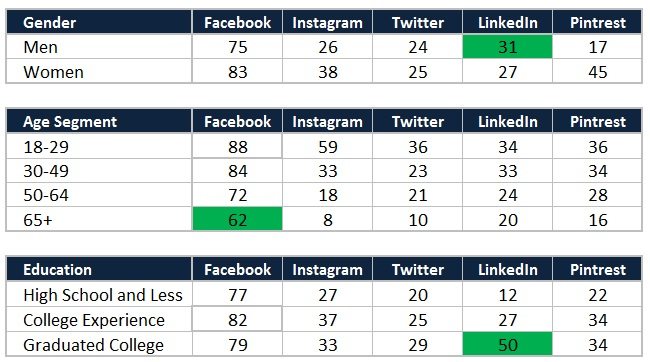 The insights and how to read the information

Facebook follows its theme of dominance and almost trumps every other network with ease.

Some other key highlights:

If we delve into Facebook highlights, we can also see that major users of Facebook come from the United States. The next entry is India, and in both the case of LinkedIn and Facebook, these two countries make the top two. Despite US having plenty of issues with Mexico, Facebook is still loved in the region and Mexico is at number 5 in terms of Facebook users. This is one wall that Trump and his builders will have plenty of difficulty building, so it seems. The audience by percentage using Facebook highlights as source show

Twitter despite its financial problems continues to grow as a social engagement platform. The survey indicates that almost 40 percent people prefer Twitter for Social Customer Service. The nature of Twitter to provide a quick response is still something that Facebook does not possess. That won’t stop Facebook from trying though, as we reported that Facebook is launching ‘Story feature’ to mimic Twitter.

LinkedIn’s About page is actually one of the most comprehensive pages that we have ever come across. It provides a great quick snapshot of the company and something that tells how clear the vision is. 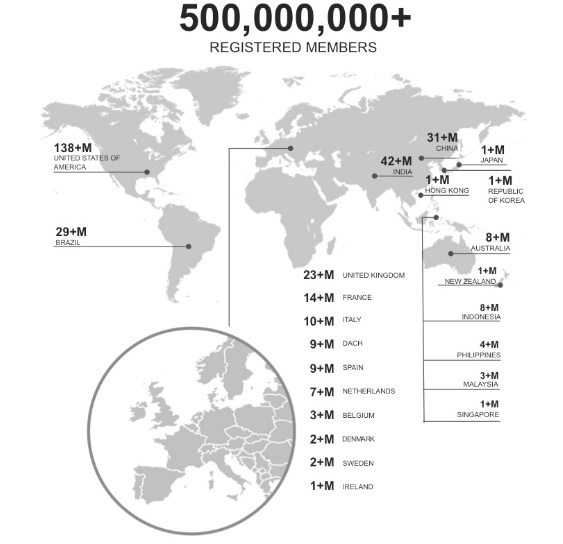 We have used statistics from Pew Research Center and Facebook Analytics shared publically by the company.