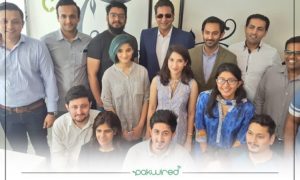 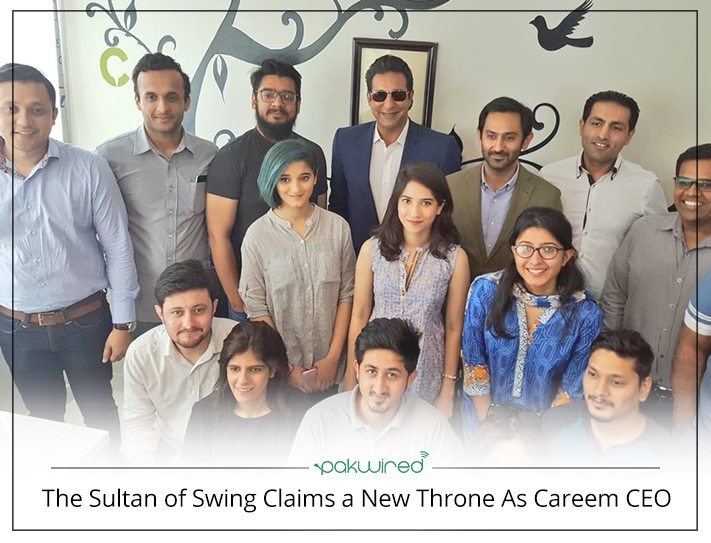 Careem has a new CEO. The star of Pakistan, Wasim Akram has assumed an honorary position as the Chief Executive Officer this morning effective 16th April 2016. The official Careem announcement confirmed.

We are, therefore, super excited to announce Wasim Akram (Captain of Captains) as our Honorary CEO of Careem Pakistan.  With this change, we want you to be confident that Careem’s values will never change. We will continue to be Careem to our Customers, Captains and Colleagues.

The team is really looking forward to Wasim Akram’s guidance and inspiration as our honorary CEO of Careem Pakistan. We hope, you are just as excited!

Careem is a Dubai based ride hailing service with operations in multiple cities of North Africa and Middle East. Its purpose is to make people’s life easier by revolutionizing the travel methods in these countries and to give a new and fresh turn to their travel experience. In it’s one year run in Pakistan, the company has seen immense success, and has dealt with numerous road blocks as well.

Also Read: Illegal Careem, or Outdated Laws? Junaid Iqbal of Careem Comes Out With a Statement

Wasim Akram holds a special place in the hearts of Pakistani people even after his impressive career ended in 2003. Recognized as ‘King of Swing‘ and being a gold star all-rounder, he is considered not only a sports icon, but also the most successful brand endorser Pakistan has produced. From selling a detergent to dietary fiber, Akram is the ultimate sultan. 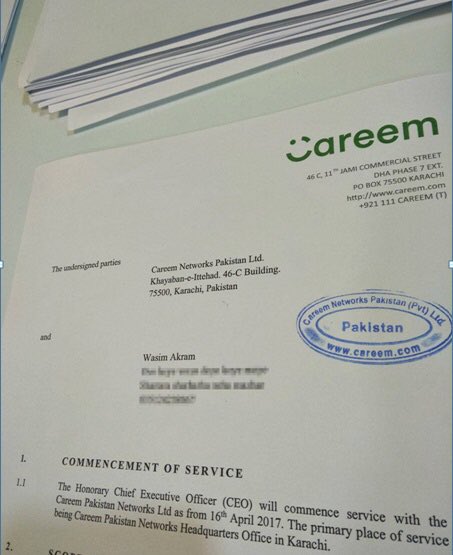 Following the release of the contract photograph the news, curiosity rose among the minds of many as to what would the cricket star’s role be in managing operations and with other technicalities. According to a live session on Facebook conducted by the Managing Director Junaid Iqbal, it doesn’t seem that the King would be leading the company with market related strategies any time in the future, rather will be the “honorary CEO”. The move could be seen as a great marketing initiative that would serve to boost the company’s image.

The news was greeted with surprise and Pakistanis signature sense of humor. Careem, itself, reveled in it.

This  arrangement with the cricket sensation seems to be a more of goodwill collaboration than anything else. And given the star’s past, his association with the company will give the establishment a perception of a service that is linked to Pakistan and its people in a more devoted fashion.