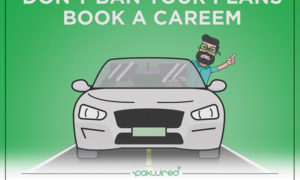 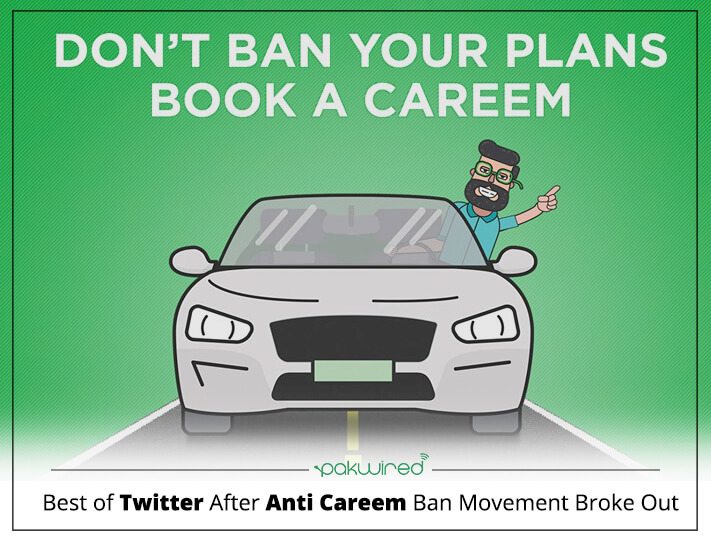 Following provincial government’s mismanagement of matters regarding the legal status of public ride-hailing companies Uber and Careem yesterday, the social media crowd – majority of whom make a loyal clientele of the said companies, had a field day. Twitter, especially was a riot.

There were some misses, but quite a few hits. Here we have compiled some of our most favourite bits from Pakistan’s witty twitterverse regarding the developments over Careem/Uber status. Goes without saying, our sense of humor is definitely something we all need to be grateful for having born on this side of the border!

Thank you all-featured-here, guys! You lit up an otherwise upset news room. Cheers!

I’m all for startups. I started a new freakin country guys! #Careem #uber

Why #Uber and #Careem banned in Pakistan explained 37 years ago. pic.twitter.com/Dz3uAF5TSi

Uber and Careem banned in Punjab for being ‘illegal’.
“However gutka, tobacco and donkey meat is widely available ‘legally’.”#Careem

Use Chinchi and Bus, not #Careem. Sindh Government pic.twitter.com/ABu3KM20iL

People of Punjab headed to work after ban of Uber & Careem. pic.twitter.com/k94bW3pAki

My relationship with Panama is like #Careem and #Uber. Order it, rent it, use it – without being the owner of it. – Princes Maryam Al–Thani

Now this is what we call the “Saein Solution” #Careem pic.twitter.com/KvtGZthN1e

The Punjab Govt. thinks the three-wheelers openly farting hazardous gases on the roads are safe but Uber/Careem is a threat to public. LOL.

Hey @CareemPAK . You guys better get a Qatari partner. The ban will get lifted in no time. @Maria_Memon #careem

The public reaction offered, apparently hadn’t featured in government’s consideration while announcing the ban over the services, therefore, by day end the Chief Minister Punjab issued a statement announcing the companies to be given a fortnight for putting their operations in compliance with the transport laws.

Careem’s own response to it was the best:

Got plans? Book a Careem. pic.twitter.com/aJoBuXabqM

The company has been in buoyant spirits and for all the right reasons. Winning the twritterverse, here’s to celebration of #thuglife!