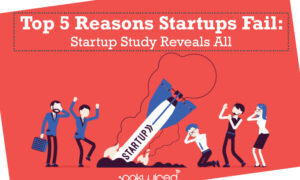 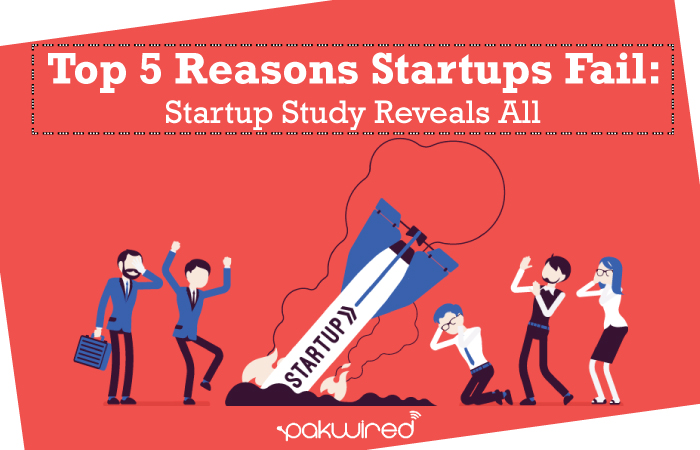 The startup scene is not unacquainted with failure. It is largely an accepted part of entrepreneurship that most startup founders will begin a few firms that do not succeed. In fact, failure can be a great way of learning how to do things better. It’s preferable that someone else goes there first, and makes the mistakes, so that you don’t have to.

Luckily, data company CB Insights has gathered together anecdotes from the founders of some startups that floundered, so that we can learn where it all went wrong. The case studies in the survey were startups that had procured investment and appeared to be on the way up, so these are really valuable insights about the key ingredients for success.

Analyzing these statements, we can see some common causes emerging for startup failure. Although failure is usually down to a combination of factors, here are the top five most mentioned reasons given by founders of startups that fell short of success.

Despite the fact that investors had deemed most of these startup ideas worthy of investment, nearly half of founders in the survey admitted that there was just no demand in the market for their product or service. In some cases, there was a need, but that demand was not scalable in a way that would make serious money.

As Dave Sloan, founder of failed visual configurator platform Treehouse Logic, put it: “Startups fail when they are not solving a market problem. We were not solving a large enough problem that we could universally serve with a scalable solution. We had great technology, great data on shopping behavior, great reputation as a though leader, great expertise, great advisers, etc, but what we didn’t have was technology or a business model that solved a pain point in a scalable way.”

All startups should seek proof that what they are doing will both meet the needs of the market and produce enough profit. Market research is an invaluable tool to ensure that you are not wasting your (or your investors’) time and money.

One-third of startup founders said that running out of money contributed to the failure of their business. It should be noted that among the startups surveyed, many of them had managed to raise a million dollars or more in venture capital. So how could a company with so much money run out of cash?

The reasons for running out of money range from underestimating costings, to scaling too early or too late, to over-spending on resources without the incoming cash to back it up. A number of startup founders also mentioned that, although they had managed to secure initial investment, this didn’t always mean that future investors were as keen to fund their idea.

Dissecting his startup’s problems, Disruptive Media founder Frans Ekman said: “Launching this globally would have required lots of funding in order to get production and logistics to work well internationally. Getting deals with big international companies was hard and plugging into their production pipeline turned out to be technically impossible, since they did not have any APIs. It’s hard to tell whether this would have worked, since we were running out of money and had to leave it there. Potential investors were not too crazy about investing in a declining market either. The numbers did not fully work out.”

Almost a quarter of startup founders realized that there were weaknesses in their team that contributed to their business’ downfall. A startup’s staff is one of the strongest assets it has ‒ and the founding members should have what it takes to grow a business to success.

If a company doesn’t have a strong, intelligent team, it can cause all manner of problems. Startup founders in the survey mentioned issues such as burnout, lack of creativity, lack of balance, and simply not being skilled enough to create a good enough product. The importance of other talented contracted personnel, such as wise investors, good advisers, and knowledgeable lawyers was also made clear in the survey.

Untitled Partners founder Jordan Cooper noted the most important lesson he had learned from the failure of his startup: “As soon as the data starts to suggest someone might be the wrong hire, don’t wait, immediately start recruiting a replacement, and upgrade as soon as possible.”

Around a fifth of failed startup founders believed that one of the main reasons for their business’ demise was being beaten by competition. Founders admitted to being edged out of the market by firms that were either bigger, more well-known, or that just provided a better customer experience.

The founders of photo storage service Everpix, for example, realized that Apple and Google had similar products that were more basic but free. Even though the team, and their fan-base believed that what Everpix was offering was arguably better, the startup was not able to position itself well or widely enough to counter such giant competition.

If you’re going to enter any market, your product or service must stand out from the crowd; and you should be able to create strong marketing to show customers why your company’s offering is better than what the competition is offering, even if it costs more.

A fairly common reason that was cited by startup founders as a contributor to their failure was not being able to work out a viable pricing model. Founders were sometimes naive about the amount that customers would be prepared to spend, or simply chose an unfavorable way for their product to make money.

The co-founder and CEO of Youcastr wrote a postmortem of his startup’s failure, noting: “Video producers are afraid of charging for content, because they don’t think people will pay. And they’re largely right. Consumers still don’t like paying for stuff, period. We did find some specific industry verticals where the model works (some high schools, some boxing and mixed martial arts events, some exclusive conferences), but not enough to warrant a large market and an independent company.”

Test several pricing strategies with surveys or pilots in order to avoid rolling out an ineffective pricing model.