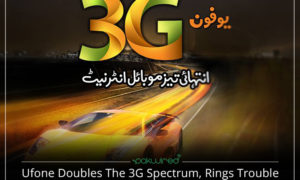 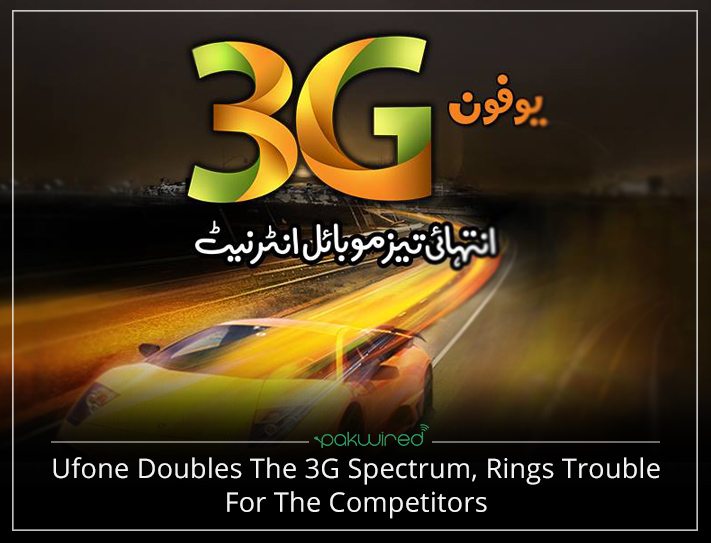 In order to provide better services and faster performance, Ufone has doubled its 3G spectrum through refarming. The move implies much more enhanced 3G services for the network users.

The previous 3G network of Ufone operated in 2100MHz through a 5MHz spectrum. This spectrum was bought by Ufone in 2014 during the years’ spectrum auction. Ufone has now upgraded its 3G spectrum through spectrum refarming and has almost doubled its spectrum by increasing it to 9.2MHz.

As Ufone has taken this step, it will now operate 3G spectrum through its 900 MHz spectrum. The 900 MHz spectrum is better than the 2100MHz one as it provides faster speed and deeper and greater coverage.

“We have successfully upgraded 3G services in Lahore and surroundings including Kasur, Sheikhupura, Raiwind and all the highways in the area”

He further added that customers in these areas have been provided with faster and more reliable 3G network and they simply adore it. This change in frequency bands will provide better service and faster speeds throughout the country.

Ufone also said that in cities like Islamabad, Quetta, Abbottabad, Rawalpindi, and Sialkot, it has already enhanced the services and network. Moreover, the customers are also experiencing clearer voice and faster speeds on Ufone 3G spectrum.

Also Read: PTCL rejects all the rumors of collaborating with Ufone and ZONG

It was confirmed by Rathgeber that the company is planning to upgrade its services in other cities of the country too.

Reiner Rathgeber shared that the company is continuously searching for ways to optimize the network and deliver a better user experience. In addition, he also told that they will continue their investments in the network sector to make it better but did not disclose how much they will invest as Ufone is a private company.

Number of SIMs Is Not Equal To Number of Customers

When inquired about the decreasing number of Ufone customers, he replied that the SIM numbers are actually not the correct metric as people use more than one SIM in their name. He answered:

Furthermore, he said that increasing the number of SIMs is easy as it is not related to an increase in the business.

“What’s the use of customers who sign-up, consume free resources and then leave your network without growing your business?”

“That’s pure dumping and wastage of resources. Luckily PTA has realized this now as well and that is why they removed ZERO priced SIMs from the market”

Quick Read: 3G speed in Pakistan is one of the slowest in the world

Expressing his satisfaction with the way Ufone is flourishing despite increasing competition in the market, Mr. Reiner specifically pointed out Company’s increased revenues and ARPU (average revenue per user).