The past ten years have passed by so soon. Many video games were released during this time, some of them grossly misunderstood and not getting the spotlight they deserved. The following is a list of the decade’s interesting but somewhat-forgotten AAA and AA indie games. You might criticise our shortlisted selections but these are some of the titles we remember fondly. We hope you are encouraged to revisit them after reading this!

Massive Action Game (MAG) is a dynamic, multiplayer first-person shooter game which can accommodate 256 players on large maps with different landscapes. Think of it like a predecessor of PUBG. The game allowed players to choose from three factions. Unfortunately, the game’s servers were deactivated after just four years.

If you remember Fallout New Vegas, which became a hit, its parent company Obsidian had earlier releaased a somewhat unique project called Alpha Protocol, a Role-Playing Game (RPG) involving espionage in a dangerous, deceptive real-world environment. The game’s fighting sequences were not up to the mark but its narrative and gameplay was quite addictive. For example, if there were particular acts you committed in the start, they could affect your evolving gaming including characters commenting on the shirt you opted to wear. Some may find it shoddy but if you look deep enough, you’ll see the uniqueness!

Whereas the original BioShock had its own cult following and appeal, its second franchise did not catch the same market. The latter had several enhanced emotional risks involved which made it better than its original. Players would control a ‘Big Daddy’ whose decisions impacted the growth of its ‘Little Sister’. Even the weapons were more interesting. For us, BioShock 2 is quite better than the intrepid gore in BioShock Infinite.

This is perhaps the best franchise in the Dragon Age series. It is both funny and heartbreaking. The cast of characters are seen struggling through their individual lives with realistic complexities involving power players, persecution and the search of an identity. We found the game’s script to be top notch!

You could hop into any car to complete your mission or simply shift perspectives for an adrenaline-pumping car chase.

What would happen if the developers behind Yakuza made their own version of Gears of War? We would certainly consider Binary Domain as one of the best sci-fi titles of the decade. The scenario involves robots behaving as humans, a team of special forces trying to hunt them down and locate their source of origin. The gameplay uncovers new evidences of a life form beyond human imagination. You can shoot off robot limbs and use voice messages to direct your teammates.

Ever wondered if GTA could be more ‘nice’ and ‘sentimental’? The Sleeping Dogs game is a cyberpunkish delight and features exceptional performances in a game by the protagonist Wei Shen, an undercover cop who infiltrates the notorious Triads. Playes are taken to dark places with recurring moments of uncertainty. The crime story is A-class and we strongly resent the fact that the game itself could not acquire the commercial recognition it deserved.

The Assassin Creed series can often introduce you to legendary and strange personalities. In Freedom Cry, different settings are employed to examine historical events of significance. It builds on Black Flag by following the assassin Adéwalé leading up to the Haiti Revolution. Issues of slavery and violence are encountered with bluntness. The script ran somewhat contrary to its gameplay but it did take a risk which paid off.

This was the first game released by Dontnod Entertainment featuring an enthusiastic resistance fighter who can manipulate memories and takes on a giant corporation. Standard cyberpunk gameplay indeed but it has a great pitch: players can rewrite and explore enemy minds by watching their memories in real-time or rewriting a CEO’s memories to make her have more empathy. The script is intelligent and led to the future release of Life is Strange 2 and Vampyr. 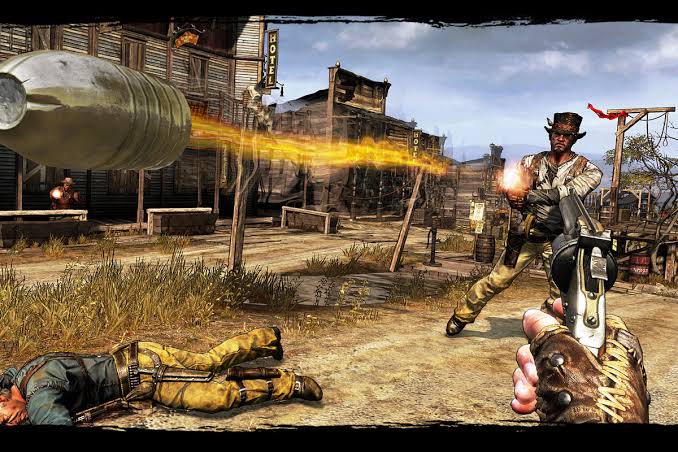 The Call of Juarez series is quite inconsistent. However, Gunslinger has a crisp storyline, unlike The Cartel. It is an arcade shoot-em-up game based on the tales of a drunkard Silas Greaves. His stories are extraordinary and sometimes change during the narration. The game can dry out your ammunition. Sometimes Silas will tell you what could have happened before it actually did. When you combine this with bouts of silliness, you have high-adrenaline duels and the mix for a wonderful game.

Lighting Returns is the final franchise in Final Fantasy XIII series and plays out as a combination of Majora’s Mask and X-2. The protagonist Lightining has only 13 days to save the world during which she needs to uncover hidden conspiracies and rescue wayward souls. A lot of melodrama and fashion is involved.

This is a crime story without audible dialogue and instead relies on music and artistic editing to unravel deep mysteries. It takes inspiration from games like Thirthy Flights of Loving by infusing a powerful story into a bite-sized experience with an equally powerful climax. Maybe it was too experimental as compared to Firewatch and hence was overlooked. The whole gameplay is no larger than Netflix movie.

The original Watch Dogs was lousy and so was its protagonist Aiden Piece. The scenario in Watch Dogs 2, however, involves a group of counter-culture hackers resisting state security and invasive technology. Young hacker Marcus Holloway exposes the FBI’s corruption and extended arm of the Silicon Vallery corporations.

It is a stealth game in which adversaries learn how to perform whatever actions a player is performing. How creepy is that? They can even learn how you shoot or jump over obstacles. If you avoid performing them, eventually your enemies will unlearn them. The gameplay forces you to perform actions jeopardising the adversary well-being instead of using your best options. Part-horror indeed!

The Missing: J.J. Macfield and the Island of Memories (2018)

The game commences with an ominous message: “This game was made with the belief that nobody is wrong for being what they are“. On the outset, The Missing appears to be a horrifying mystery game. It is based on a story of depression and isolation through a queer lens. The game director Hidetaka Suehiro addresses these sensitive issues cautiously. It focuses on the characters’ pains instead of harassing them. Whereas Deadly Premonition is Suehiro’s better product, we consider The Missing to be his best so far.

The original Pathologic recounted the story of a plague-infested town holding dark secrets. It was pure disturbing and awkward. However, Pathologic 2 fine-tunes the gaming experience and narrative. A single misfire could incur disastrous consequences and wasting a lot of time could amplify tragedy. The narrative reeks of alienation and misery.