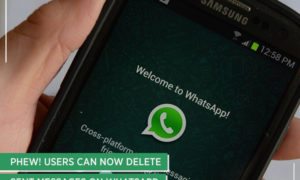 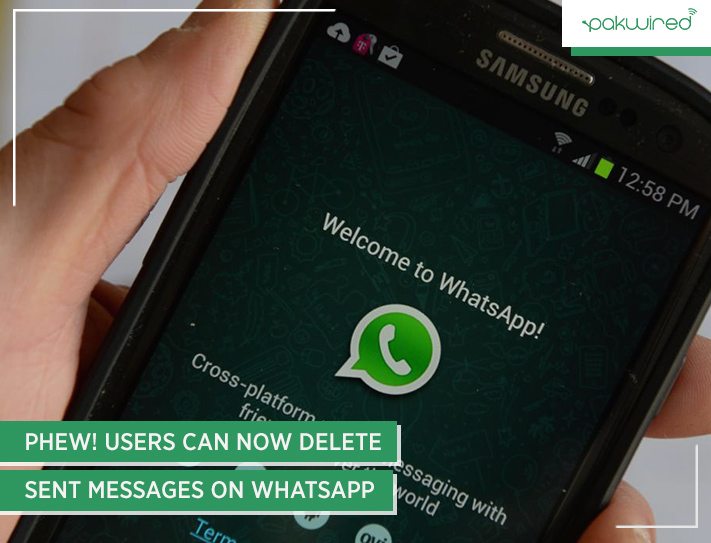 WhatsApp, in its latest update, will empower the users to delete sent messages on the messaging platform. This feature has undoubtedly been the most awaited one and it would be available for everyone very soon.

The new feature, which will be available on both Android and iOS, will provide users a sigh of relief who erroneously send messages to someone they were not supposed to. At present, the messaging platform is in the final testing stage and the feature would be available soon.

How to use the new WhatsApp feature?

WhatsApp’s new feature is said to come with extreme convenience of use. A user would be required to tap into the settings to enable this feature.

The primary point which needs to be kept in the mind is that this option will only delete those messages from a particular conversation which have been sent within the last five minutes.

The Delete for Everyone feature is not limited to text messages only. Users can recall their messages even if it includes images, GIFs or videos.

In addition, a user can also recall the sent files with quoted messages as well as the attached documents within five minutes. Moreover, status replies can also be recalled.

Downside of the feature

Amid all the advantages, there is one drawback to this feature:

A user will only be able to recall/delete the message if the recipient has not read/opened the message.

For instance: if a receiver gets to read the message 1 minute after receiving it then the sender cannot delete the message 2 minutes (even if it’s within the allowed time period for deletion) after sending it.

A message cannot be revoked if the receiver does not open the message for 5 minutes and you would like to recall it in the sixth minute.

This Delete for Everyone feature was widely demanded and it is soon going to be in everybody’s WhatsApp application. It would be highly recommended to think before sending a message. Happy texting!