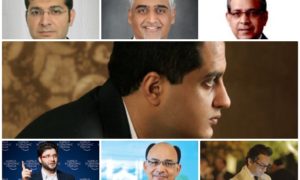 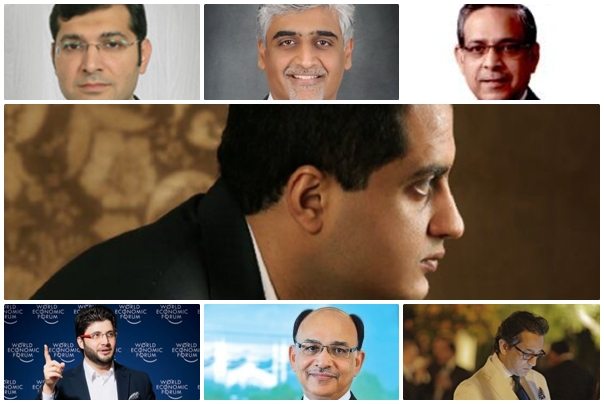 Pakistan has many talented individuals working in all sectors of the economy and society. We have compiled a list of eleven of the most notable men working as CEOs in Pakistan. They are all distinguished in some way, and are responsible for running successful businesses. Pakistan has many such figures in senior positions today, and the names in this list (in no specific order) represent the tip of the iceberg.

Mansoor Karim is the CEO of James Walter Thompson (JWT) in Pakistan. JWT is an advertising agency with offices in countries all around the world. Mansoor Karim was named one of the most influential people in Pakistan, in the Pakistan Power 100 list.

Zeeshan Akhtar is the CEO of Q-Mobile in Pakistan, and has been credited with making the company an industry leader through his insistence on quality and superior customer service. He is known as being one of the youngest ever entrepreneurs working at this level in the mobile industry.

Saad Amanullah is CEO of Gillette Pakistan, and has held the post since 2007. An experienced senior executive, he has worked extensively with Proctor and Gamble in Saudi Arabia and Switzerland as well. Believing that Pakistan’s ecosystem needs development to foster creative entrepreneurship, he also stated the importance of entrepreneurship in an interview: “Large scale economic growth in Pakistan will have to come from entrepreneurs; it has to come from small and medium industries.”

Rashid Khan is the CEO of Mobilink Pakistan, taking over at a time when there were already several other mobile telecoms operating in the country. Finding that the rate of growth for Mobilink is slowing down, Rashid Khan has focused instead on providing quality services and maintaining Mobilink’s market leadership.

Ehsan Malik is CEO of Unilever Pakistan Foods Limited. He has held the position since 2006, and before this he also worked as CEO at Unilever Sri Lanka Limited. An Alumni of Harvard Business School, he has held several positions in various countries around the world.

Zouhair Khaliq is a CEO at ORACAP, and has held senior management positions at various entities for over twenty-two years. He previously also held the position of the Director of the Islamabad Stock Exchange, and has worked both internationally and locally in Pakistan, in the finance and telecom sectors.

Asif Peer is the CEO and Managing Director at Systems Limited. He has over eighteen years of experience, and is focused on company growth and innovation. He has a long-term vision for his company, planning on making it the market leader for IT services, as well as BPO services.

Muneer Farooqui is the CEO of Warid in Pakistan, and prior to this he worked at Warid telecom in Bagladesh. Realizing that there are other telecom operators currently taking a larger share of the market than Warid is, Muneer Farooqui is confident that Warid will gain more popularity and a larger user base. He explained this in an interview, stating  “the reason for that is the unique selling proposition that Warid carries, which is helping us grow further in the market, is the quality of the network. Warid qualified as the best network in terms of quality on technical parameters and as the best network service provider.”

Javed Afridi (@JAfridi10) is the CEO of Haier in Pakistan. Haier is a leading manufacturer of refrigerators, air conditioners, washing machines, freezers, microwaves and audio and visual products. It has several global partnerships, most notably with China.

Zibber Mohuiddin is the CEO of Panasian Group, which works in venture capital and private equity. He has previously held the position of President at Ericsson Pakistan, and also worked for the same company in the Middle East.

Sikandar Sultan is the CEO and founder of Shan Foods (Pvt) Ltd. Known for being a humanist and philanthropist, he is also an avid businessman. His company is founded on knowing what people want and how best to get it to them, and its responsiveness to market trends has made it a leader in the spice business today, with international offices and a global reach.

“As mentioned in the post, this is not an exhaustive list, nor is it “ranked”. We have just pointed out some of the most well-known, and successful, CEOs in Pakistan.”