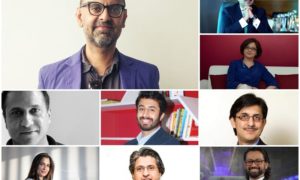 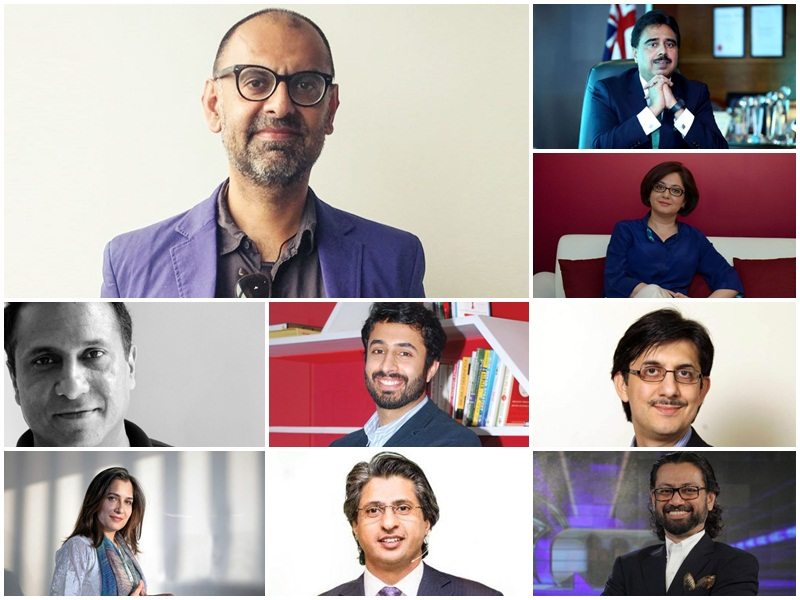 As with previous years, 2017’s list wasn’t easy to compile due to the multitude of factors that can be considered — both objective and subjective. Though important, metrics such as sales, profit and growth, can be insufficient as running a company in today’s world demands more. CEOs must be innovative,  adaptive to a motivational leadership style that inspires a more educated and informed workforce than ever before. With the exponential growth of Social Media (SM), CEOs can now engage directly with the public and vice-versa, allowing a great PR opportunity as well as a large-scale listening group — just a few points that have been considered whilst compiling the list.

Start ups are changing the landscape of Pakistan and obviously haven’t been in businesses as long as some of the companies so naturally will not have the exposure the other companies do. As this is the case, and in support of the ecosystem, we felt it would be beneficial to add a start up CEO to the list too. It would be good to have feedback on this and all of the above. Now heading to this year’s list. 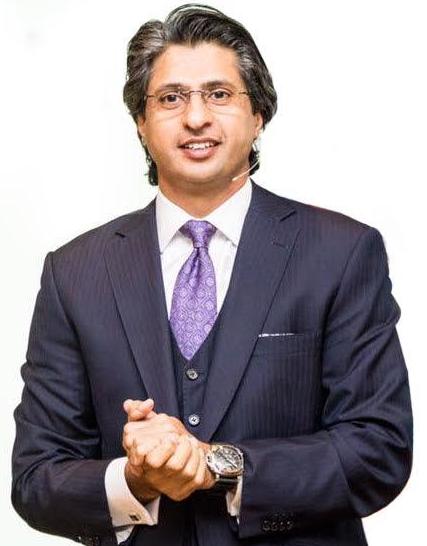 Mannan, a MBA holder graduated from IBA and began his career with Citibank going onto hold key positions within UBL, Dubai Islamic Bank and SilkBank with a career spanning over two decades before starting he’s current role in TCS holdings. Currently he leads the logistics company and its subsidiaries which includes Yayvo — the e-commerce giant. 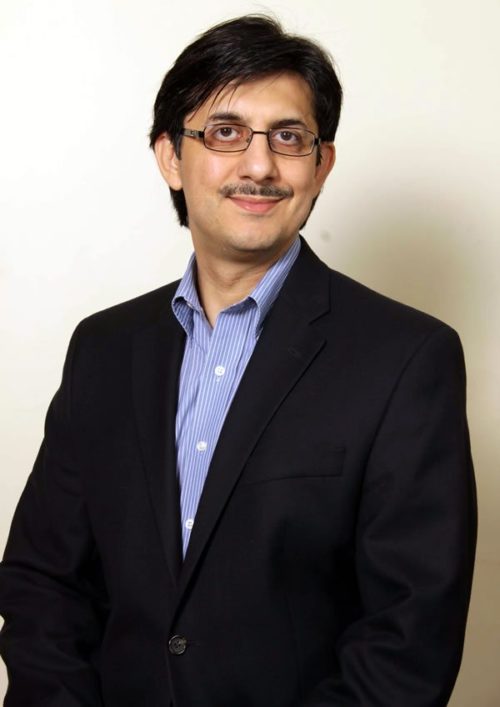 Duraid, a LUMS alumni started after working as COO in a sugar mills company and then founded Eye TV later renamed to HUM TV which is now one of the largest Pakistani TV channel networks with viewers worldwide. Recently HUM has started offering the popular HUM Awards and HUM Style Awards under Duraid’s leadership.

Duraid’s achievement’s haven’t gone unnoticed as he has bagged the best CEO award (media sector) in 2012, 2013, and 2014 by the KSE (Karachi stock Exchange), Guarantee Limited and Mass Human Resource. 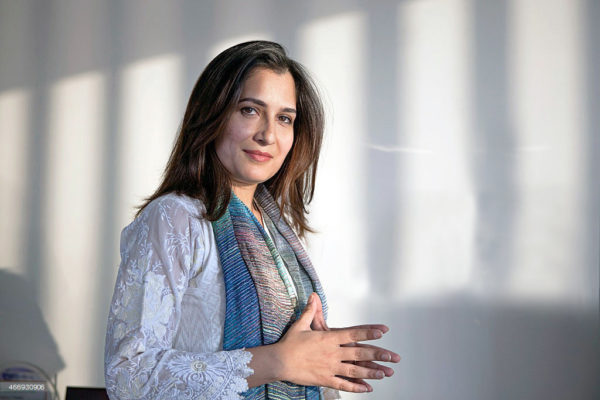 Maheen has made quite a name for herself in the finance sector. Graduating from LUMS, followed by a M.Sc. in Finance and Economics from the UK. After starting her career in Merrill Lynch, she joined IGI funds in 2009 as CEO where under her management the assets grew by a colossal two hundred per cent. The company was then taken over by Alfalah GHP Investment Management Ltd, where she now serves her current role. 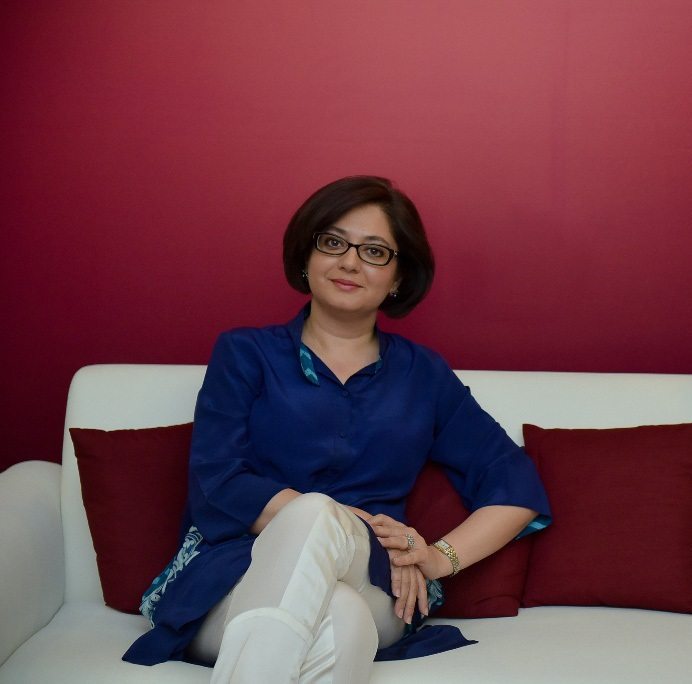 Ayesha holds an MBA from the renowned IBA and a returner from last year’s list and is at the helm of Pak Brunei Investment Company. Ayesha has a wealth of experience in an array of niches including asset management, portfolio management and investment banking. The company still stands strong with a ‘AA’ rating as per the report. 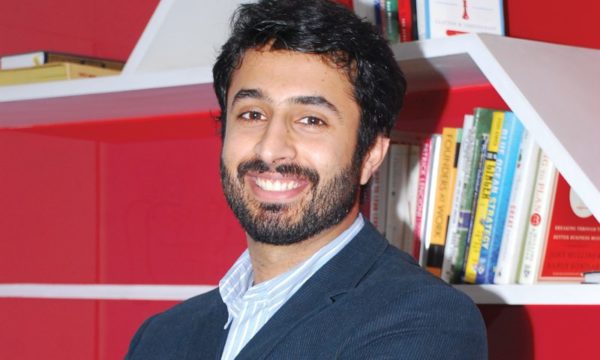 Saeed graduated from LUMS with a BSc in Computer Science and has since founded and run many SaaS companies. In 2008 he saw the potential that PakWheels.com had and acquired the business from its original founder. Under Saeed the company has gone from a small auto-enthusiast site to raising over $3.5 million in funding and is now Pakistan’s largest automobile website boasting just under three millions views per month. 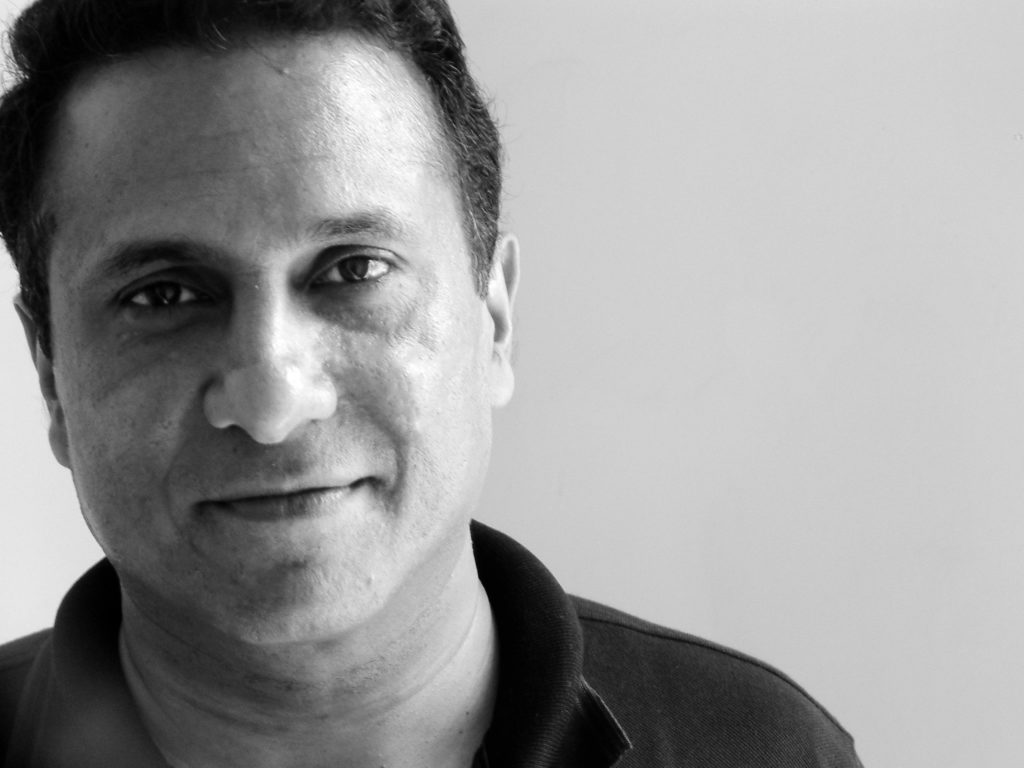 Yusuf Hussain has diverse experience having worked at Time Warner Cable in the US, leading the Pakistan Software Export Board as MD/CEO as well as founding companies such as Dual Matrix Corporation which provided organisational transformation and IT policy development to organisations like the UN and the World Bank.

Graduating from The University of Texas, Austin with MSc in Computer Engineering, Hussain has worked in and around technology hiss whole career and more recently is focused on accelerating start ups. In his current role, deployed under the Minister of IT, he heads the ICT research & development fund which is tasked with growing the knowledge economy through innovation and research.

Naeem has extensive experience with a career spanning nearly 30 years. Graduating from University of Texas at Austin, with BBA in Accounting and Finance. He has worked at senior levels with companies such as Intel, Mobilink and is most known for his role in turning around Wateen Telecom, who were running at an estimated annual loss of $20 million, to a positive estimated $10 million annual.

Currently Zamindar is CEO of Acumen, a global non-profit that aims to tackle poverty. You may have also seen him on TV screens on the investment program titled ‘Idea Croron Ka’. 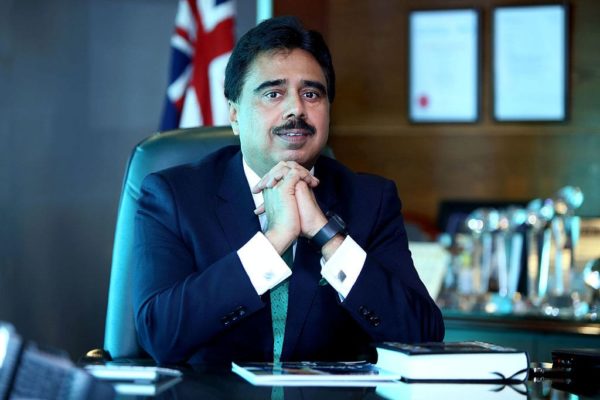 Ghauri, another returner from last year, has become a household name somewhat. Founder and CEO of NetSol — Pakistan’s only company listed on the NASDAQ. If this wasn’t enough, NetSol has been the biggest IT export of Pakistan. Ghauri serves as Honorary Consul of Australia for Punjab, Pakistan and TIE president, Lahore Chapter. You’ll also see him sharing his wisdom with Start Ups alongside Zamindar in ‘Idea Croron Ka’. 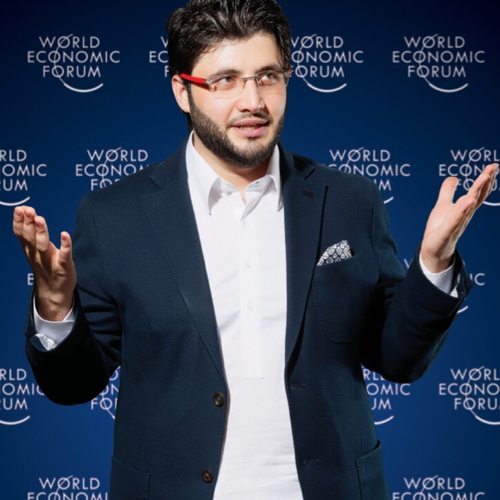 Afridi is no stranger to the PakWired Top CEO list, making it three times. Serving as the CEO of household name Haier which needs no introduction. Earlier this year, Haier clinched a deal with the Higher Education Commission to supply Pakistan-assembled laptops, making it the first company to assemble Laptops in Pakistan.

His extra-curricular activities are also commendable. He owns the Peshawar Zalmi cricket franchise. He has been in news, along with India’s Shahrukh Khan, for the purchase of franchises even in the South African T20 League. His wide scope of work has won him the Presidential ’Businessman of the Year’ award and a special award by Army Chief General Qamar Bajwa for supporting Pak Army welfare projects in FATA. If that wasn’t enough, the Chinese Ambassador, Mr Sun Wei Dong, has honoured Afridi for an outstanding Peshawar Zalmi contribution to the world of sports, with the ‘Friendship Ambassador’ for Pak China. 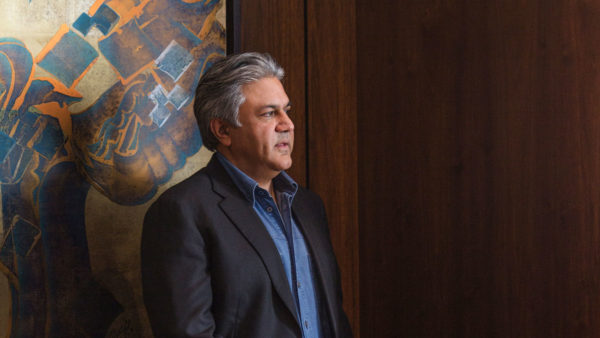 Naqvi may not be a household name but his achievements and professional profile is second-to-none. Karachi-born graduated from the London School of Economics and Political Science, Naqvi founded Abraaj in 2002 after working in various trading companies, where he has served as CEO since inception. The Group has offices in Pakistan, Dubai, Singapore and many more cities worldwide.

He has been named one of the 50 most influential people in the global private equity industry by Private Equity International and has also bagged the Sitara-i-Imtiaz in 2007. With the support of his family, Naqvi established ‘The Aman Foundation’, a non-profit organisation which tackles health and education issues. 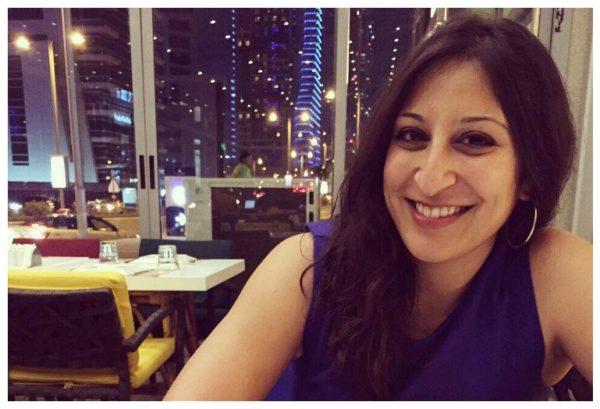 Kalsoom, a BA graduate from University of Virginia, going on to achieve her MA in International Affairs/Conflict Resolution from George Washington University runs Invest2Innovate (I2I). I2I may be known to many as an accelerator but it offers a more holistic approach. Apart from acceleration, I2I looks at investment and increasing of capital in growth markets like Pakistan alongside detailed research. I2I released the Pakistani Entrepreneurship Ecosystem Report (PEER) in 2016, and the Pakistani Ecosystem Map as part of the research vertical.

Kalsoom has trained emerging leaders throughout the world and has spoken at various international events including World Economic Forum. She has been featured in Diplomatic Courier’s Top 99 Foreign Policy Leaders under 33 in 2012, and has also been named an Ashoka Changemakers/ American Express Emerging Innovator for 2013. 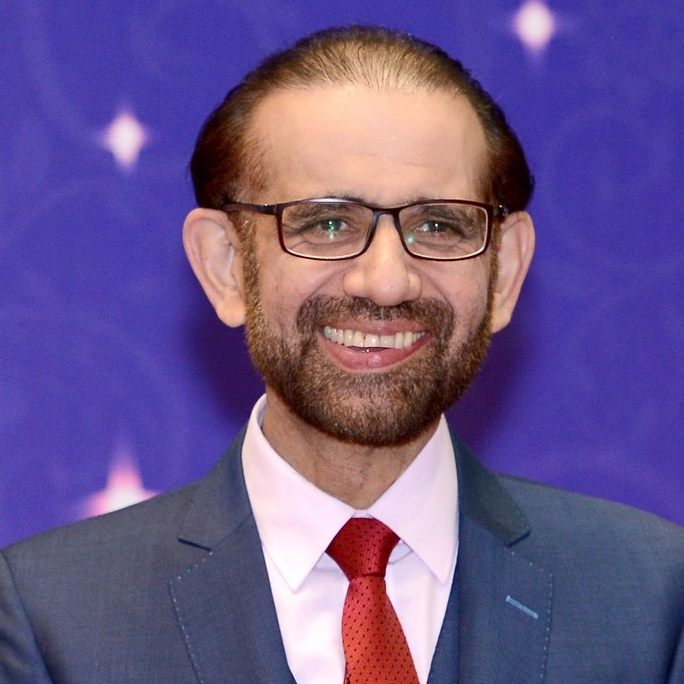 Wahaj, CEO and Co-Founder of Nayatel graduated from UET Lahore and gained he’s Masters in University of Melbourne, Australia. Siraj has extensive experience in the telecom industry and has worked as Deputy Director at COMSATS before going on to Co-Found NayaTel in 2002.

Under Siraj’s leadership, NayaTel boasts a number of ‘Pakistan’s 1st’ titles including ‘Fibre to the Home’ (FTTH) in 2006, and HD Channels provider in 2011. 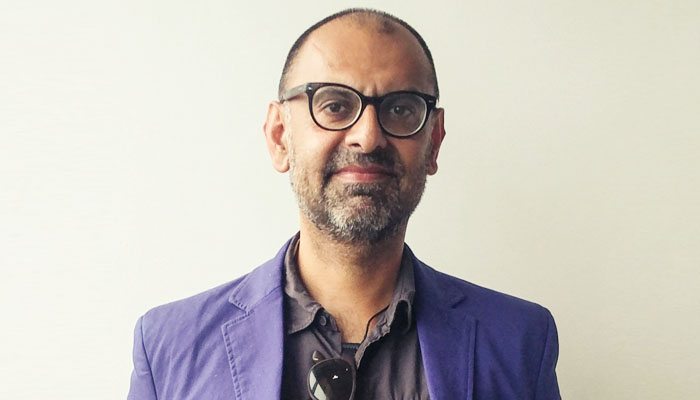 Qasif has implemented digital strategies for banks for over a decade. His experience has seen him serve in ABN AMRO, Standard Chartered Bank and MCB. Currently Qasif is serving as CEO of FINJA, a FinTech startup, he co-founded with Monis Rehman of Rozee.pk.

PakWired’s Annual CEO List is always evolving, so we’d like to get your feedback. What names would you add, if any?