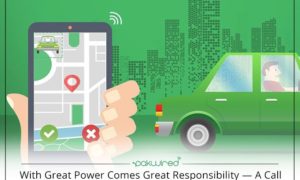 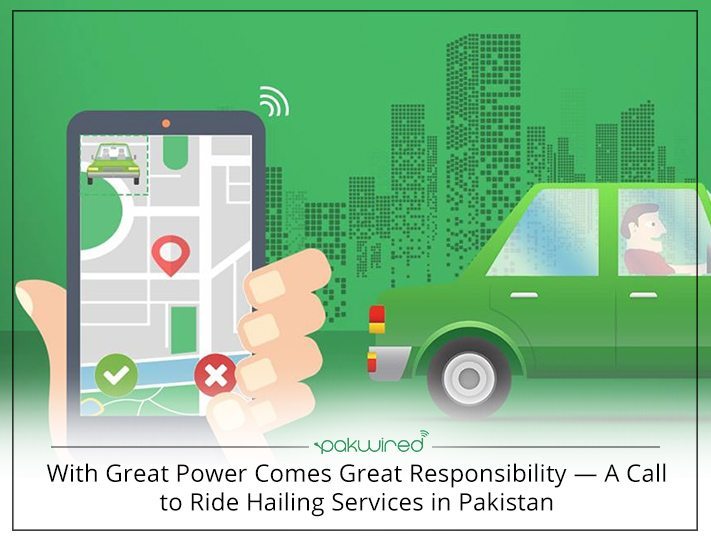 It’s safe to say that ride hailing companies Careem and Uber are a couple of the top companies in the world, not just Pakistan. As with all good things though, there is an inevitable list of cons. In general, the users are very pleased with the services offered. This article however, will focus on a problem which sadly relates to our society as much as it does with the two aforementioned services — the use of the said services by drivers as a front to harass females.

I remember reading an article in the Express Tribune about a young girl being harassed. I have no doubt both Uber and Careem have the highest levels of concern for their customers. Mentally, I remember thinking a system should’ve been in place where the driver cannot contact the customer after completion of the journey. Any forgotten item issues could be dealt through the company. Thinking back on this now, I am surprised at my naivety of the issue that stems much deeper than I could imagine. It didn’t occur that the drivers would have the audacity to start harassing women whilst they were in the car too. Surely, apart from the obvious legal issues, the drivers would be concerned about keeping their jobs! The sad reality is that issues like this occur too often.

Also Read: Illegal Careem, or Outdated Laws? Junaid Iqbal of Careem Comes Out With a Statement

I suspect many instances are not shared, but if they are, it is normally through social media. In the last three weeks, personally I have come across two such instances whilst casually scrolling through my timelines, with the possibility of finding more if a search was made. Here is the original post shared by Wahila Baber from Lahore of her experience:

Today I was taking a careem taxi service to the air port to see my friend, The cab driver said to be video calling his mother but called a random scary looking man and turned the car light on and showed me and my 19 year old cousin to him and said i am taking these girls to the airport. He was constantly using his phone even though I asked him to put it away. He also had a child’s lock on us. I changed our drop off location told him to drop us at subway that we didnt want to go to the airport anymore and I believe he was trying to text our new location in a sneaky manner. Despite me telling him not to use the phone he called someone and told that person “dou hain” . He kept wanting to take routes that were under development saying ” yehan traffic kam ho gi”. I had asked him to take canal bank road and he didn’t, he took the route of a housing society under construction. I forced him to stop the taxi near a hospital and had to walk and take a rickshaw from there. Their website has no number to contact. Their helpline has this annoying machine giving instructions on how to use careem.
I have never felt so scared. I don’t want this to happen to anyone else. So please DO NOT TAKE THIS CAB SERVICE !!! And please share

Reading through this experience would send chills through anyone, let alone experience of living through it. At the time I came across it, the post had been shared thousands of times and had hundreds of comments. Many were wishing the victim well and advising on how to contact Careem, the service Wahila was using. A few people claimed it was a ‘fake story’ – I’m not aware why anyone would concoct such a story though. Maybe such comments are the reason many victims wouldn’t share their experiences!

Speaking to PakWired, Wahila highlighted such comments and on top of the distress she had been through, had this to deal with. She confirmed that a manager had been in touch with her and apologised for the ‘inconvenience’ and explained the driver had been blacklisted. She asked what blacklisted meant and was informed that he wouldn’t be able to pick up any work through Careem in the future. Understandably, this is little consolation for Wahila, the driver in question seemingly can go to the competition and start there. At the risk of this sounding like a rant at Careem, more work could be done around handling issues such as this from a customer service perspective. One would expect an apology along with sympathy and a better choice of words – I’m sure most would agree this was more than a mere ‘inconvenience’.

Many pages and blogs had shared the post as it circled the social media world but it’s an issue we need to think more deeply about. Sharing such posts can get through to the right people, and make potential customers aware of the grim reality that they may face but if it happens too often, I fear the public and companies may become desensitised. As a community, we must learn to think beyond emotions. Systematic failures can be fixed but only when concern is focused toward them. It would be easy to write an article berating the two companies that have a similar modus operandi but it wouldn’t resolve the problem.

The Tribune article mentioned earlier was roughly ten months ago and one would hope some work towards security would have been implemented. It is understood that both services provide a ‘follow my journey’ functionality which allows the recipient to track the trip in real time, whilst Careem goes a little further in offering a helpline — a feature tried by Wahila but sadly no one answered on the day. The question now therefore should be if and what has been done to further improve the safety of riders and prevent repetitions of such instances since last year. Before multinationals start operations in a new territory, it is common to have feasibility reports, demographical details etc, no doubt amongst these, for Pakistan, personal safety and security would have been reviewed.

Unfortunately, the risk our female passengers face is much higher than in other nations — we know this, so why are we not taking an obsessional stance on the issue? The simple overview is that we need to deliver a custom solution to the problem. The technology and apps behind the services have built-in features which fall short of the requirements needed for our society and some solutions that come to mind:

There will be many other solutions, we just need to focus on the issue. It is worth noting, though the issues mentioned were experienced with Careem, the issues do extend to Uber too. We did try to reach out to both Careem and Uber for information regarding the issues raised but were unable to get a response by the time of publication.

The services available are excellent, there is no doubt about it. Sadly, a small minority causes issues that ripple through our society. Though sharing issues raises awareness, we must demand more for a solution. The issue isn’t about the driver in this instance, or Wahila, it expands to every female getting in to a Careem or Uber. It affects ALL of society. Customers sit in the vehicles trusting that they will be escorted to their destination safely. For obvious reasons trust is very hard to earn in Pakistan and now that these services have earned the trust of families, it is up to them to maintain it.