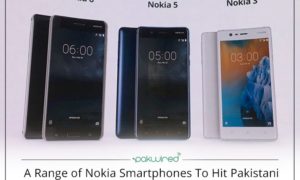 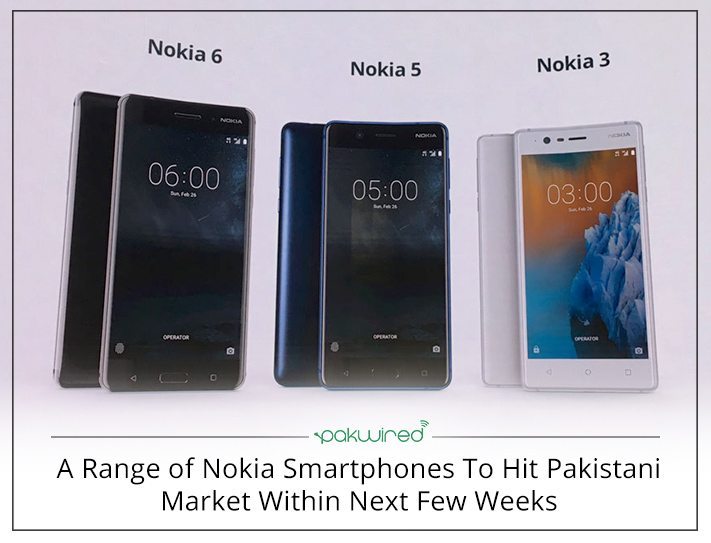 Finnish telecommunications company Nokia aims to ramp up shipments of its latest smartphones in the local market by the end of second quarter of 2017. The company has recently introduced a portfolio of technologically advanced and cost-effective products. With an exciting lineup of products, the company expects to capture a significant share of Pakistan’s rapidly expanding mobile market.

Nokia under HMD Global finally staged a grand comeback in the smartphone space at this year’s Mobile World Congress. In the next few weeks we’re going to avail the legendary Nokia 3310 in a new revamped form, as well as Nokia’s latest android smartphones: Nokia 3, Nokia 5 and Nokia 6.

Although an exact time-frame has not not announced for their official release, the company has indicated that these new Nokia phones would be officially on sale in Pakistan by the second half of Q2 2017.

HMD Global’s Vice President for Middle East & North Africa Per Ekman in his recent media interaction, acknowledged Pakistan as a strategically important market for his company’s future growth that is clearly receptive to latest Nokia products.

“Not only in China, which is the biggest and most competitive market in the world, but the new handsets created a positive buzz in the market to attract customers looking for quality handsets.”

HMD’s Vice President also revealed an interesting fact that Nokia 3310 is being introduced all over the world due to a strong increase in demand among consumers. HMD Global had asked respondents in a survey whether the 3310 should be revived and it received some great feedback from all over the world.

Furthermore, Mr. Ekman stated that Pakistan’s market would respond positively when the popular Nokia brand returned to the country with the same high build quality with an Android os. The arrangements of making handsets available are underway and the new Nokia phones will be launched in Pakistan in phases and a rollout is on the cards in the coming weeks.