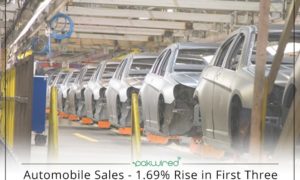 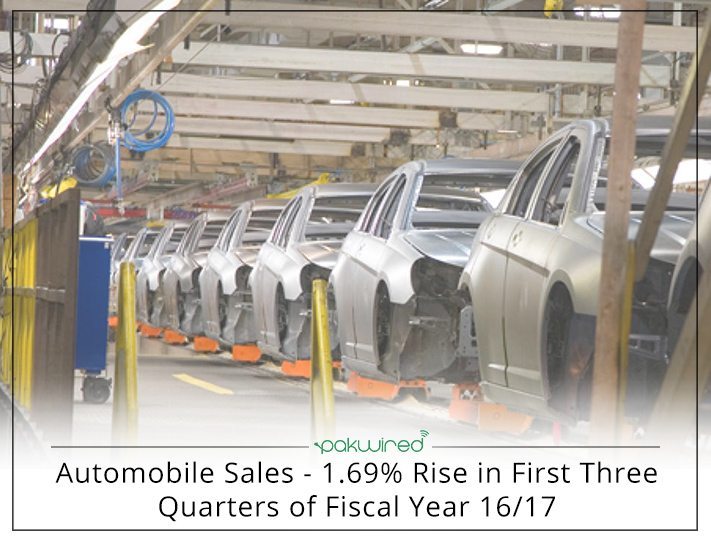 As per the data released by the Pakistan Automotive Manufacturers Association (PAMA), the automobile sales, from July 2016 to March 2017, boosted to 139,570 units of cars as compared to 137,206 cars in the same retro last year. This shows a percentage increase of 1.69 in the first nine months of this fiscal year.

In the last three-quarters of this fiscal year, the automobile sales including LTVs and jeeps has successfully sustained the double-digit growth.

The robust sales of Wagon-R in the three-quarters of the fiscal year made the sales volume of Pak Suzuki Motors Company’s vigorous. Due to the ex- Punjab Taxi Scheme, Suzuki Motors observed a decline of 22 percent, which are 67,474 units sold in last nine months as compared to 82,320 cars in the same period of last fiscal year.

The production of ‘Cultus‘ declined by 53 percent in the month of March 2017 as compared to February 2017. ‘Celario‘ is going to replace the market of Cultus, which is also known as ‘New Cultus’. Furthermore, the sales of ‘Wagon-R’ contributed a record sale of 1,700 in March 2017.

The sales of Honda cars are moving with some extra pace but with some random trends. 28,120 cars have been sold in the three-quarters of this year, as compared to 18,542 cars in the same period of the fiscal year 2015-16. This shows a 34 percent of an upsurge. Because of operational issues, Indus Motors have seen a de-escalation of sales in the last nine months. ‘Fortuner‘ became the highest sold car in the month of March this year, i.e. 243 units.

Quick Read: Cheap Chinese Electric Cars on Our Roads by 2018

A firm figure of truck sales of PAMA member companies has been recorded in the three-quarters of 2016-17. Ghani Motors attained the top place in the list; Master Corporation acquired second place while Hino claimed the third spot. CPEC and improved security conditions triggered the demand for heavy vehicles.

Reduced GST, fertilizers subsidies and the improving crop yield will continue to increase the sales of tractors, which have already portrayed the growth of 80 percent in 2016-17. Furthermore, the agreement of exports by MLT with AGCO will boost up the sales of tractors.