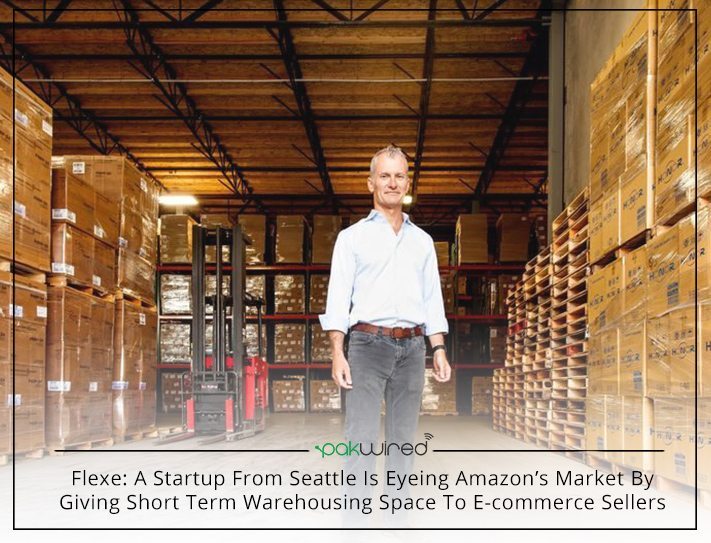 A startup from Seattle, Flexe has gained massive popularity among the e-commerce supply chain within two years as it offers overnight ground delivery to any part of U.S. The prime reason for its popularity is its unique business model that has made merchants prefer this company over Amazon.

Flexe has become a success story during the last five years by creating marketplace of extra storage space in 550 warehouses. Subsequently, it has a better coverage than amazon.com Inc. What makes Flexe more interesting is the fact that the company has not spent a dime on its facilities whereas Amazon has done it by investing billions.

Flexe currently owns 25 million square feet of storage. Moreover, it plans to increase this capacity by another 10 million square feet this year. Merchants book their storage space by using a website where they acquire spaces for a short time period. As a result, it operates on the working model of Airbnb (short term lodging space acquired by travelers).

The key factor that distinguishes Flexe from others is its overnight delivery service as merchants are constantly looking for cheaper and quicker options versus Amazon. The startup offers overnight deliveries using trucks as the inventory is distributed across the country, therefore road becomes a cheaper option. Many online sellers prefer Flexe because it gives them the liberty to deal with their customers directly as orders are routed through their own website.

“You can get goods to your customers as fast as or faster than you can through Amazon Prime at a competitive price; and it’ll show up in your own branded box rather than an Amazon box. That is very important for companies looking to build brands”

How Flexe began and its growth story

It is relevant to state that Flexe has so far raised $20.8 million with major chunk coming from Redpoint Ventures. One of the partners at Redpoint stated:

“Startups don’t know how much space they’ll need because it’s hard to predict where they’ll be in a year or two. On-demand warehouse and fulfillment space is a game-changer”

The reason many investors are willing to invest in this company is due to its massive growth spurt having a sales growth of more than 400% last year.

Flexe has identified an untapped market of unused inventory which is sitting idle during specific seasons. Since the agreements are long term so the spaces are empty during seasonal breaks. Some of the beverage companies and Halloween costume wholesalers have extra spaces for peak seasons which is not used during off seasons. This gap between demand and supply of warehousing space is the area Flexe has capitalized on and is taking commission for every deal.

A mattress company, Casper is highly satisfied with Flexe’s services as its CEO, Philip Krim says that his company prefers Flexe over Amazon as the former allows Casper to take control of its customers and its brand. He said:

“Our customers want to buy from Casper and not from Amazon”

Another shoe and apparel company, Toms is also taking Flexe’s services for its holiday pop-up stores. Flexe not only helped the company to secure space for a short time period but also helped them find best locations for their stores.

Flexe has also become a choice for many brick and mortar retailers which are trying to compete with Amazon and other competitors. Neil Ackerman, a former Amazon executive who is a member of Flexe’s advisory board said:

In future, the biggest challenge for Flexe would be to expand its business without affecting the operations of warehouses during peak seasons when warehousing space is difficult to acquire.