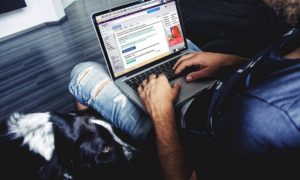 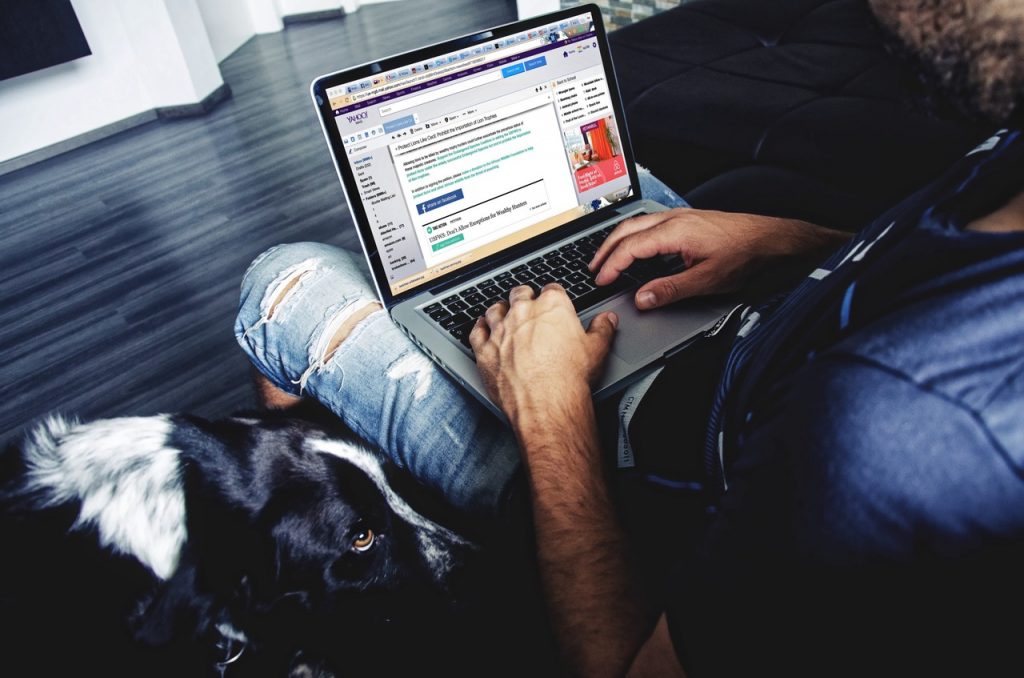 Freelancing has made the world a global marketplace where employers and resources both get an equal chance of success. Employers avail the opportunity to tap the right pool of human resource from anywhere in the world, while the freelancers have the liberty to get hired with the help of technology driven tools irrespective of their location.

Organizations tap into the competitive global market and select a competent resource from many fields including marketing and communication, design, business consulting, or programming and software development. The biggest advantage for employers is in terms of cost effectiveness of remote working and the affordability of resource options from a foreign market.

Oxford Internet Institute (OII) has recently published a report on the digital gig economy which happens to be dominated by the Asian countries. The report has outlined six top countries which take up majority of online jobs in the global freelancing ecosystem. 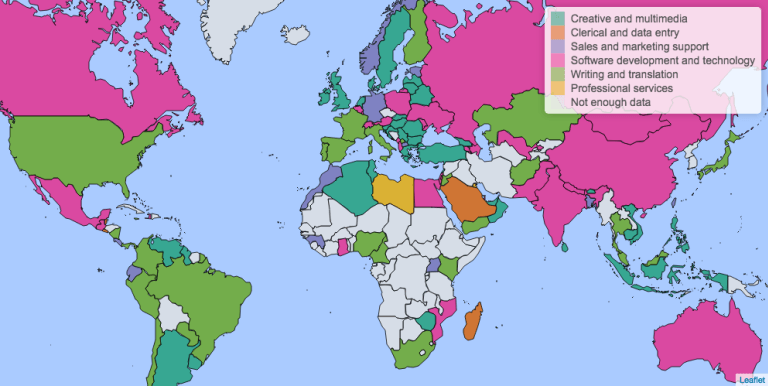 As the research digs out, there are regions which are rich in certain types of freelancing talent. For example, U.S. is famous for its writing and translation work; while India is known for quality programmers at a cheaper rate; Bangladesh, on the other hand, has enormous sales and marketing support resources.

From the freelancers’ point of view, they have the freedom to change their location while keeping their job intact. In addition, they can demand a better rate with this kind of mobility option. Developing economies have limited job opportunities, thus forcing professionals to take up freelancing jobs. In most cases, these jobs provide a better wage rate as compared to their full time jobs which are scarce in the market.

According to the report, the following countries take up majority of freelancing work round the globe: 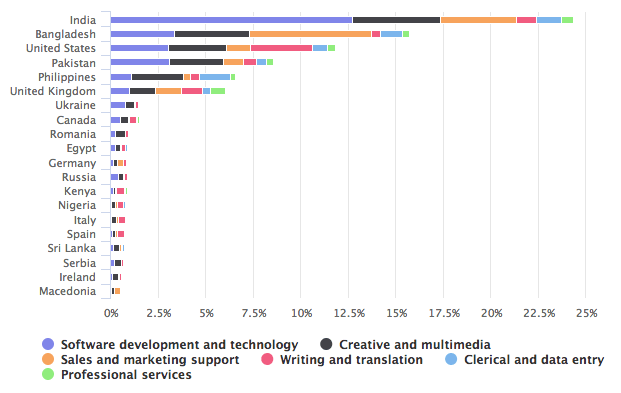 It would not be surprising for many that India tops the list as 24% of global online workers reside in this country. Indian workforce is considered highly competitive due to their better education levels and higher technical knowledge. More than 50% of these workers are offering software development services to the globe.

Due to ever rising population in the country, there is a cut throat competition for every open online position. The contribution of freelancing to Indian Gross Domestic Product is a massive $400 billion. The prime reason behind its popularity in India is the reasonable paycheck which acts as an additional or sometimes primary income. Women professionals and retired people who fail to find adequate jobs due to family and societal pressures have also shifted towards freelancing to earn some money.

Quick Read: Freelancing in Pakistan is on the rise courtesy increased broadband access

Bangladesh is the second most popular freelancing destination comprising of 16% chunk of the total pie. The major focus of freelancers in Bangladesh is towards sales, marketing support, creative and multimedia, software development and technology.

Since the average wage rate is a meager $60 per month in Bangladesh, outsourcing provides a perfect opportunity for them to gain financial independence and earn better income.

Although U.S. is not as populous in freelancing as compared to the top two countries but still has a significant portion for its population i.e. 55 million relaying on this for some extra dollars. The difference in American freelancers is that they rely on freelancing in addition to their regular jobs. According to the report, 35% of American workforce is associated with outsourced work in some way.

The outsourced market in U.S. is evenly distributed among three major segments: software development and technology, creative and multimedia, and writing and translation.

Contributing to over 8% of the global gig economy, Pakistan stands at 4th position due to a rising numbers of qualified graduates who are working by freelancing their expertise. Higher education institutes produce a humongous count of 600 thousand graduates annually from varying fields of business, computer science, and software engineering.

Thus, this pool is lured towards freelancing jobs due to their better wage rate. This year, Pakistan has generated a significant amount of $1 billion entirely from freelancing.

Philippines follows Pakistan in the freelancing rankings contributing 6% in the global outsourcing market. One of the primary reasons is highly concentrated job market in the country which is pushing people towards this option. Another interesting reason is severe traffic problem in urban areas which is making a regular job highly challenging for many.

Conversely, freelancing is giving them the liberty to work from home without the hassle of traveling. Since large number of freelancers are residing in Quezon City, Manila City, and Cebu City where the traffic problems are the worst.

In addition, the country has been nominated as one the best English speaking countries in Asia. Therefore, Filipinos are best suited for content writing, customer service and technical support jobs.

Also Read: How to write an About Page that resonates with your audience

Although United Kingdom stands at number 6 in the market share of the global gig economy, it dominates some of the major professional services include accounting, legal services, and business consulting. Out of the total professional services category, UK comprises of 22%. Other services such as creative and multimedia skills are also growing.

29% of university students consider freelancing as part of their career plan with 87% students taking it along with their first and second class degrees. However, unstable regular job market after Brexit also has a role to play in boosting the freelancing market in UK.

Nonetheless, Asian market still takes the lead in the global outsourcing market. Some of the key ingredients for its preference are affordable labor and highly qualified workforce.