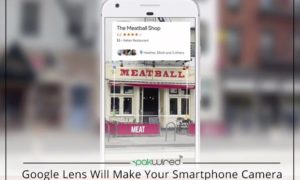 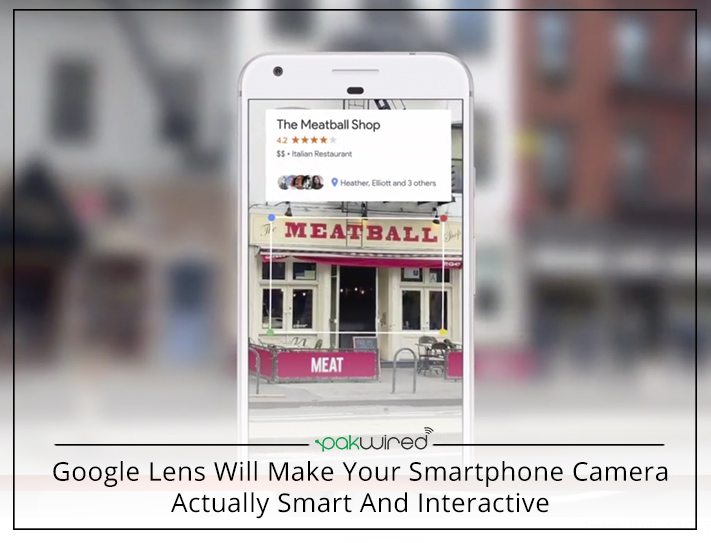 Once again Google has launched another breakthrough technology as it revealed the launch of Google Lens in its annual developer conference Google I/O. The company’s CEO Sundar Pichai announced that Google has capitalized on its computer vision. Moreover, the tech giant has also integrated its AI technology with the static camera to make the latter an interactive and smart tool for the user. The smartphone’s camera won’t only take pictures but also assist the user in understanding the image and take required action.

Also Read: Google search will assist users to find events near them

Google demonstrated the usefulness of the new technology: when the camera is pointed towards something, it identifies what you are capturing. The CEO also explained that it helps the user in daily tasks such as: a user is trying to connect to a Wi-fi network of a house by taking a photo of the router’s sticker at the backside. If the lens identifies the user name and password of a network, it can provide you with a prompt to connect to the network.

With Google Lens, your smartphone camera won’t just see what you see, but will also understand what you see to help you take action. #io17 pic.twitter.com/viOmWFjqk1

While discussing benefits of the new technology, Sundar highlighted that if a user takes a picture of a business outlet, a card will appear over the picture. Subsequently, it will indicate the name of the business, its rating, and other information.

Google lens technology will convert your inactive phone camera into an assisting tool when combined with Google’s Assistant. Consequently, it will give you the liberty to interact with the images that you see. This integration has been shown during a home demonstration by Google. The assistant app will combine the lens through a button and insert a picture into the conversation. Furthermore, it also processes the data shown in the picture.

Interestingly, Scott Huffman from Google gave a demo in which he held the camera in front of a concert’s marquee; and Google Assistant retrieved the information regarding the tickets’ availability. He also said, “add this to my calendar”, and this task was completed automatically. 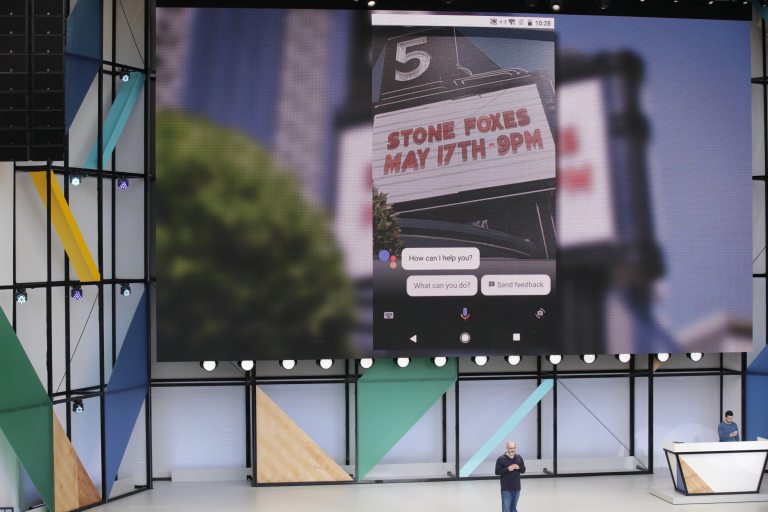 Google lens in conjunction with Assistant will also do translations for the user. For instance, if a user holds the camera in front of the sign board in Japanese, and say, “What does it say?” Google Assistant will translate the text.

The CEO also revealed another important feature of photo enhancement. The algorithms will clean up and enhance photos. He gave an example that if you are taking a picture of your child’s baseball game and a fence appears in front, Google will remove the fence automatically and make the image clearer.

Quick Read: Violate AdSense policies and Google will remove the ad from your web pages

However, Google has not revealed the release date of this new technology. However, they have mentioned that the feature will be launched soon.