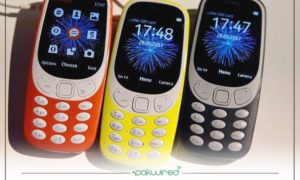 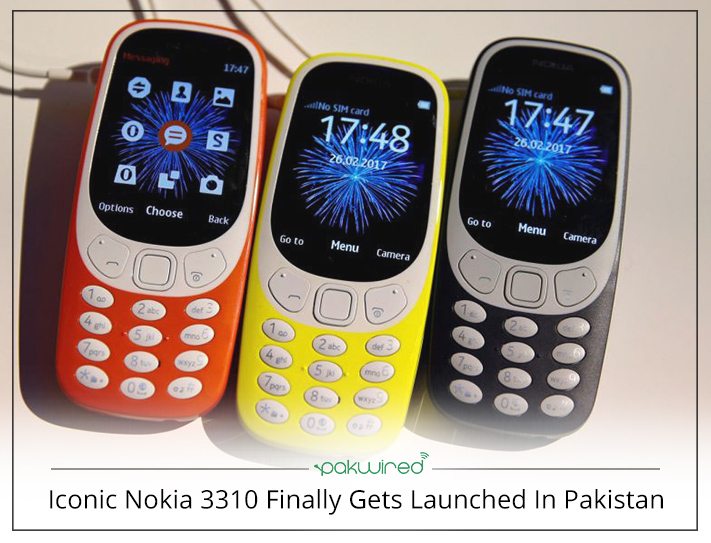 The wait is finally and official over as the iconic Nokia 3310 has been launched in Pakistan. It has been among many other Nokia smartphones which got launched in the country. However, Nokia 3310 is in the limelight for all the good reasons.

“Pakistan is one of the top emerging markets when it comes to mobile phones, we have witnessed an overwhelming response in the country ever since we announced our Nokia phones at Mobile World Congress earlier this year”

Also Read: All you need to know about Nokia 3310

As revealed at the Mobile World Congress, the new 3310 comes up with some notable changes and they are:

Additionally, Nokia has even added a well-known snake game (revamped) on the phone, the game that was on the original phones.

Opera Mini has been prepared to handle the basic web surfing including Facebook and Twitter, however, the phone’s most noteworthy aspect is the battery life. Just like most feature-phones, Nokia 3310 has one-month standby time and 22 hours of talk time.

Another question that you must be asking yourself is that what OS will the phone run? Well, even after all these years, the phone will run the same OS it did before and is not going to run android or any other new OS. In other words, Nokia 3310 will still remain a feature phone.

Looking forward to grab the little beauty as soon as it is available in the market?