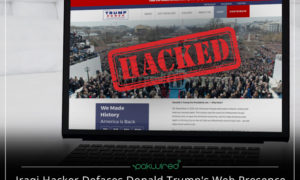 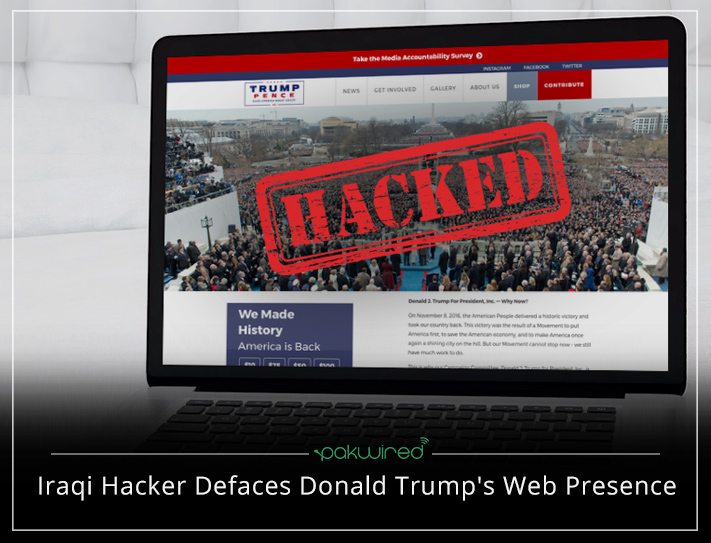 Unknown hackers from Iraq, who are identifying themselves as ‘Pro_Mast3r’, have managed to deface an official website of the presidential fundraising campaign which has been affiliated with President Donald Trump. The incident of hacking took place on Sunday night.

Which Server Did The Hacker Deface?

The hacker, who is apparently from Iraq, has supposedly hacked the server: secure2.donaldjtrump.com, which is behind CloudFlare’s content management and security platform.

According to the report by Ars, the defaced server looks like an official Donald Trump campaign server. The report further states that the certificate of the server is legitimate, “but a reference to an image on another site is insecure, prompting a warning on Chrome and Firefox that the connection is not secure.” 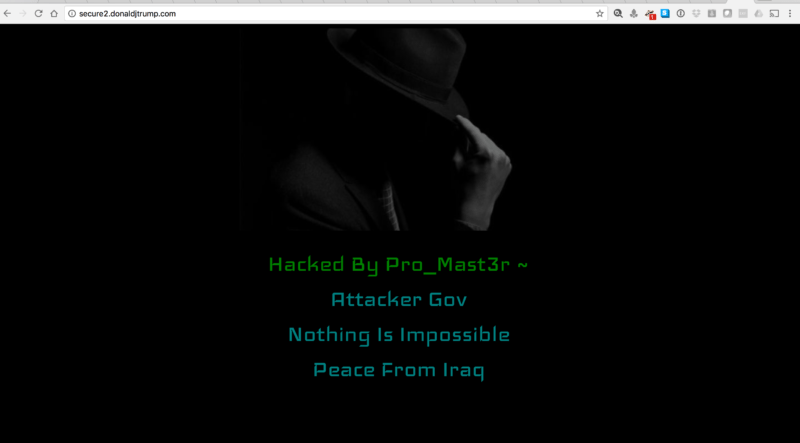 The hacked page displayed an image of a man in black fedora with the following given text:

“Hacked by Pro_Mast3r ~
Attacker Gov
Nothing Is Impossible
Peace From Iraq”

The server is still offline at the time of writing this piece. Moreover, there is no official comment made by Trump-Pence campaign team yet.

An IT journalist from Italy, Paolo Attivissimo, in a blog post has ensured that the source code of the hacked serve does not comprise of any malicious script. Instead, it is an animated script which also includes a link to javascript on a now-nonexistent Google Code account, ‘masterendi’. This code has been previously linked with some other cyber-attacks in the past as well.