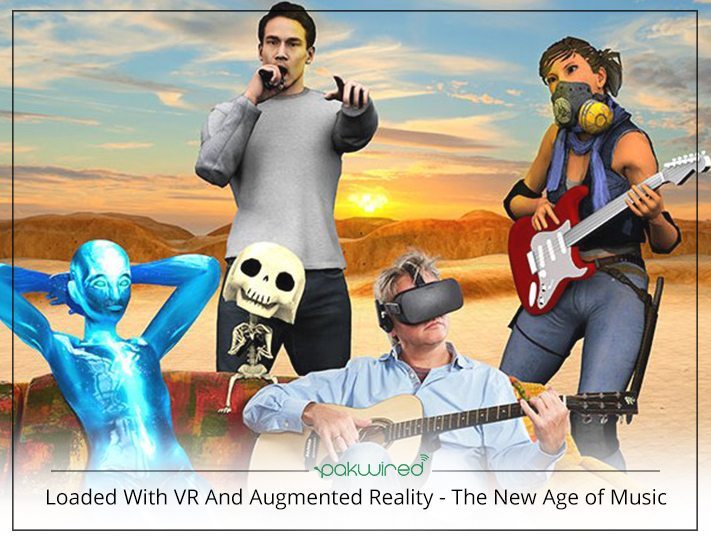 It’s no small fact that music, though an ancient art, is also one that is forever changing. From genres to style and everything in between, music has furnished itself as an ever-evolving industry.

However, if the changes preceding the ones we see currently have been any subtle in nature, today, we’re seeing a massive upgrade. This can be credited to the fact that now, more people are discovering music on their smartphones and tablets.

Even though it would be unfair to call music as it were before today any less smart, the era we are anticipating right now can more or less be called the era of smart-music.

Recently, pop-singer Ingrid Michaelson released a music video which she made using only Snapchat filters.

Apart from this, the famous electronic band, The Gorillaz released a six-minute Virtual Reality music video on YouTube. If you’re wondering whether it’s too soon to invest in VR, the video in discussion is being said to be the most successful VR debut gaining more than 3 million views on YouTube within the first 48 hours of its release. At the moment of submission of this post the video stands at almost 8 million views.

According to Vivian Lewitt, YouTube’s global head of artist relations, nowadays more than 60% of YouTube’s users frequent the website via a mobile device-be it the website version or through the mobile application. This is an insight that has many artists buzzing as they try to both take up on the challenge of the ever-changing tides and try to create content that is engaging to the audience they are catering to today.

Also Read: The Best for Your Buck: The Best VR Headsets That Came Out in 2016

Some bands are using VR and improved audio technology to add interactivity to a pre-recorder performance. Now, fans can actually ‘attend’ a concert that happened thousands of miles away and many days ago through this new and improved technology. One such example is Rock Band, Young the Giant’s video ‘Silvertongue’.

Even though it was quite a difficult task to use 360 cameras spread strategically above and throughout the crowd, the artists managed to make an acceptably interesting and life-like video.

While it would be hard to discourage artists from playing it safe through traditional music videos, this new wave does have one hoping that a more interesting set of music videos, and maybe, even live concerts from many miles away might be heading our way in the not-so-distant future.