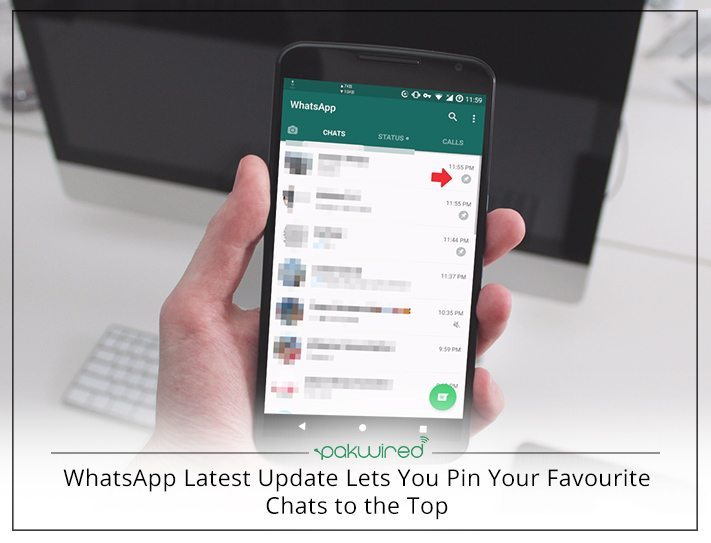 Also read: Now You Can Unsend Your Messages At WhatsApp

What is the pin feature?

The pin feature is a social media feature that helps you mark out a certain chat or post that always remains on top. This feature is extensively used in forums (also known as sticky forums), twitter (allowing users to pin their favorite tweet on top of their profile for immediate view to any visitor viewing their profile), and a building block on Pinterest (the social media platform that helps people create pin boards).

Also Read: WhatsApp To Roll Out New Feature: A Service For Businesses to Interact With Customers

How to use the pin feature?

The current version of the app does not have the pin feature. As of now, the pinned chat feature is available in the latest beta version of WhatsApp with build numbers 2.17.162 or 2.17.163. The maximum number of chats that can be pinned to the top is limited to 3. All other chats maintain their regular order underneath the pinned chats – this means that all non-pinned chats will continue to appear in the order they were received while the pinned chat will remain on top regardless of when it last received a message.

In order to pin a chat in the beta version, the user has to press the chat and wait for the “pin” icon to pop on the top bar. To un-pin a certain chat, the same process is to be repeated by holding the icon in the pinned chat.

As of now, this feature is only available on the beta version of WhatsApp. The beta version can be downloaded from Play Store or Android Market place.