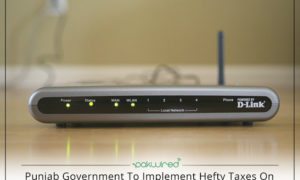 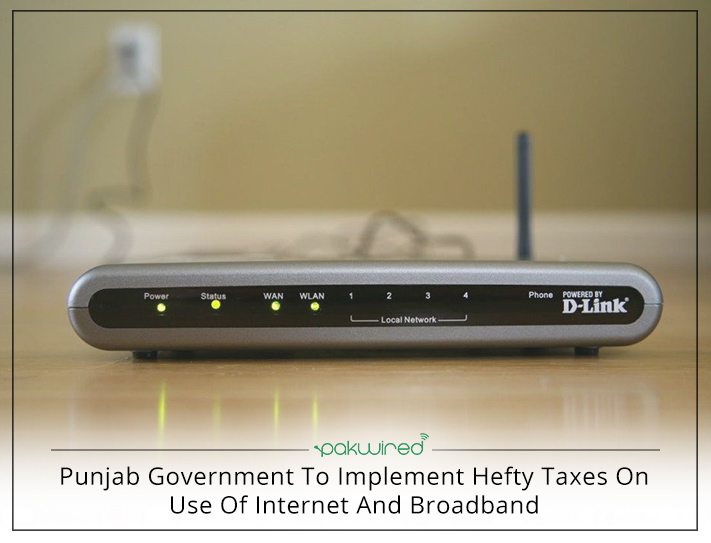 Federal budget 2017-18 apparently looked easy on the telecom industry after the federal government had promised to reduce excise duty and withholding tax on telecom services. However, the Punjab Government is all set to announce its provincial budget for 2017-18. It is contemplating to put hefty taxes on the use of mobile broadband and internet in Punjab.

Although the decision has not been officially confirmed, however, the authorities are completely inclined to make these taxation changes. Currently, meetings are being held between the provincial and telecom authorities. Some of the officials in the meeting include Chairman PITB, Dr. Umar Saif, Finance Minister Dr. Aisha Ghaus, Chairman PRA and other PRA officials. The meetings are also being attended by CEO/CFOs of leading telecom companies to present their case.

Both parties are persistent on their stance as the provincial government seems inflexible regarding its taxation decision. They consider internet to be a taxable commodity. While the telecom authorities are trying to convince the government to refrain from putting such taxes as it will give a major blow to the growth of the sector.

Although such tax on internet already exists in KP and Sindh, however, KP government is planning to eliminate it in the upcoming provincial budget.

According to the latest reports pouring in from the budget finalizing meeting over the matter, the Finance Minister, Ghaus grilled the telco representatives present. She inquired:

“Ever since the tax holiday, did telecom companies provide any special services to the people of Punjab in return which other provinces are not enjoying where the tax is in place. Therefore there is no reason to keep the tax withdrawn?”

“Despite getting the favor of abolishing sales tax on the internet more than a year ago what benefits the telecom companies had given to people of the province. The only agenda for providing relaxation was to boost internet penetration and promote e-governance”.

The representatives from the industry said that this tax measure will adversely affect internet consumption in the largest province of Pakistan. The growth pattern will also be dented as Punjab has the largest consumer base of telecom services in Pakistan. Higher taxes will increase the selling price thus affecting the expected growth.

According to finance minister’s speech, there were expectations that the provinces will reduce taxes on telecom services. Nonetheless, the provincial authorities had different plans; while the federal government also imposed some taxes on import of mobile phones. In addition, the telecom companies are requesting the government to rationalize the tax infrastructure for their industry.

Currently, the percentage of tax is is likely to be implemented at a 15% general sales tax, while both parties fight hard for their case. However, the imposition of taxes on telecom services is not a novel concept in Pakistan as internet was heavily taxed by Punjab Revenue Authority (PRA) in 2015 with 19.5%. This tax rate was massively criticized by media and the telecom authorities and was later reversed by the provincial government.

With the implementation of the 15% GST on the internet, PRA is hopeful to collect a revenue of Rs5 billion. In addition, a further Rs6 billion tax is still being contested in the court, where the telcos have appealed against the ordered payment of the dues.

The provincial budget is scheduled to be presented on June 2. Ghaus has instructed the telco representatives to submit their services consumption data along with any joint proposal to PRA before the said date.

“Why despite repeated requests from PRA, telecom companies did not share the internet consumption data?”