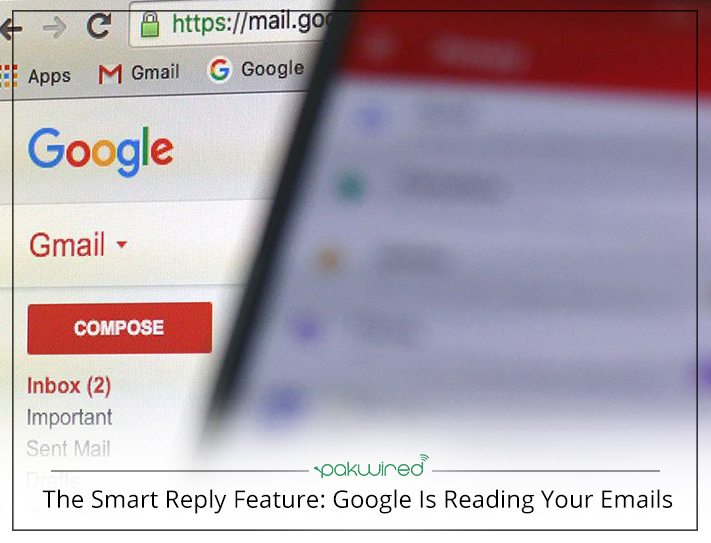 The feature generates replies based on questions asked in the email. It provides the user with a number of answers which the users can choose. These answers appear as small buttons in the e-mail. After choosing an answer, a user can add some more text to it or directly send it to the recipient.

Although the function is new to Gmail’s 1 billion users, the feature was implemented in Google’s Inbox app almost a year ago. While talking about the Smart Reply feature, senior research scientist at Google, Greg Corrado said:

“[Replying] to email on mobile is a real pain, even for short replies. What if there was a system that could automatically determine if an email was answerable with a short reply, and compose a few suitable responses that I could edit or send with just a tap?”

The new feature has become popular on the Gmail app more than it became popular on Google’s inbox app. Many users praised the feature saying it has been a good technique implemented by Google. On the other hand, people raised questions about how replying to emails even did become a problem in the first place? If that was really the problem, users would have opted for voice-calling instead of Smart Reply.

The Smart Reply feature by Google actually generates responses based on the nature of received emails. Many users thought of it as a privacy issue because in order to generate responses, you have to read the e-mail. So, what if Google is actually reading your emails?

However, the privacy concerned users should know that Google has been reading your e-mails for a long time. If not, then how does it provide you with advertisements based on your interest?

While signing up for any website or social app, 95% of the users don’t read the policies and agreements prior to signing up. Same goes for Google users as the following is clearly written in its policies,

“Our automated systems analyze your content (including emails) to provide you personally relevant product features; such as customized search results, tailored advertising, and spam and malware detection”

“Yahoo’s automated systems analyze all communications content (such as Mail and Messenger content including instant messages and SMS messages) to, without limitation, provide personally relevant product features and content, to match and serve targeted advertising and for spam and malware detection and abuse protection”

Agreeing to these policies is like a deal a user signs in order to use the free services provided by the organizations. Only through advertising can these companies pay their bills and this is only possible if users agree to these terms and conditions before signing up. This technique has provided a great boost to Google’s parent company Alphabet in becoming the second largest company by market cap with an amount of $682 billion as of today.