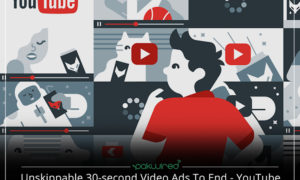 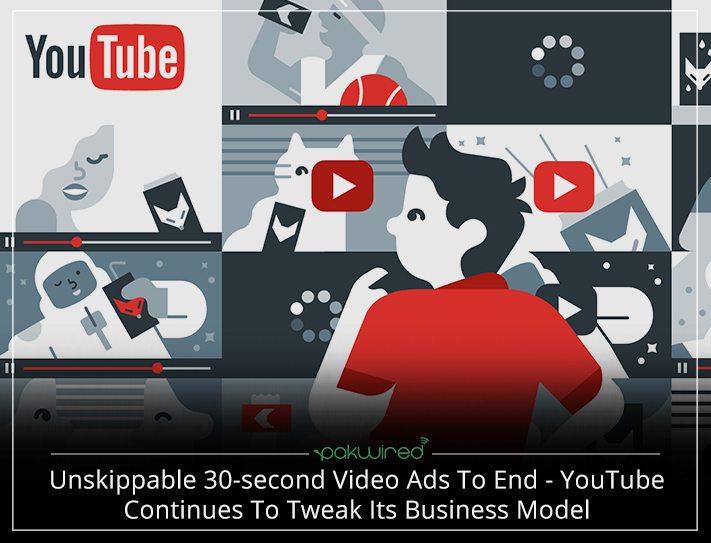 Global tech giant Google has announced that in 2018, the unskippable 30-second ads that appear before a YouTube video, shall be discontinued. In an interview with Campaign, a Google spokesperson said the company is going to focus on commercial imperatives that are more effective and engaging for both advertisers and audiences. The spokesperson further shared:

“We’re committed to providing a better ads experience for users online. As part of that, we’ve decided to stop supporting 30-second unskippable ads as of 2018 and focus instead on formats that work well for both users and advertisers.”

While this is good news for YouTube audiences, it doesn’t necessarily mean all unskippable ads are going to be trimmed down. Formats that include 15– and 20-second ads will stay up; you’ll likely find more of the 6-second bumper ads, rather than the ones that you can get rid of in 5 seconds. Nevertheless, the change is not expected to make an effect until sometime around 2018. So we still have many months to wait to see that happen.

YouTube introduced the 6-second “bumper ads” format in April last year. It’s clear that the reigning king of video intends to promote this format more effectively in the coming years.

Some analysts are optimistic about the new approach and see this benefiting the consumers. While it continues focusing heavily on improving the customer experience, Youtube is now facing strong competition in the race.

Facebook, which is another online platform for video sharing, is posing a threat to YouTube’s popularity. Likewise, Amazon Video Direct, a streaming platform that allows users to post, sell or rent their videos on Amazon Prime, is another viable threat to YouTube’s video kingdom. All of this has led Youtube to make critical changes to its business model.