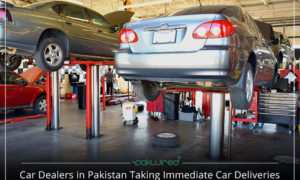 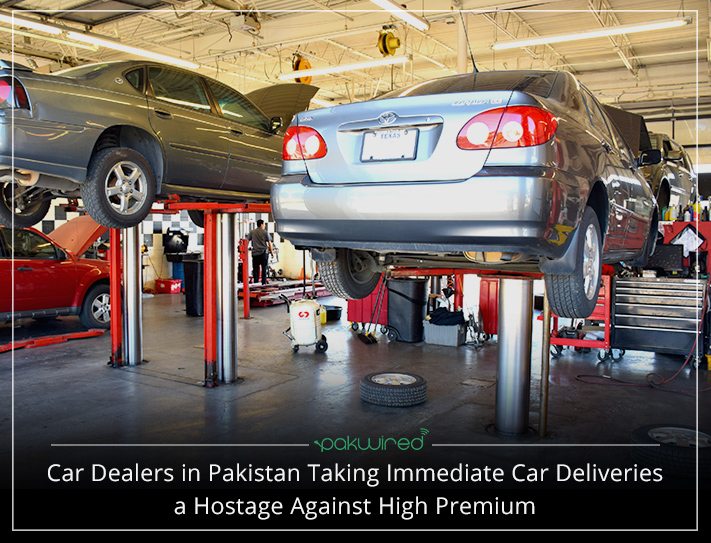 Due to the long delay offered between booking and receiving a vehicle, car purchasers in Pakistan have to pay high premium money to car dealers in order to receive their cars immediately without waiting for 3 or 4 months.

The cars available at showrooms are not locally produced and in order to buy one, customers have to wait 3-6 months for their vehicle to arrive, or they have to pay extra money to receive the vehicle without waiting.

Different cars have different time periods within which they are delivered. If you book a Toyota Corolla Gli or Xli now, the vehicle will be delivered to you in July and if you book a Toyota Grande or Altis, you will have to wait till May. The second option includes paying high premium. Premium on Corolla Xli is Rs135,000 while premium for Corolla Gli starts from Rs170,000 and ends on Rs180,000.

The demand for new vehicles increases swiftly in the first six months of the year as customers tend to buy vehicles in that period due to the change of model with the start of the year.

Due to lower interest rates, people have shifted towards car financing and this has taken the auto financing sales up to 30% as compared to one and a half year ago when these sales were only 10-15%.

Car dealers revealed that more than 200 vehicles are being produced every day by the IMC, and Toyota Corolla acquires the biggest share in it. Even though the production has increased, it has still not met the demand of the vehicles.

If a Honda Civic is booked now, it will be delivered to the customer in August. As a result, customers are paying Rs150,000-200,000 as premium. It was revealed that the premium for models that are more in demand has increased up to Rs250,000.

Honda City buyers will receive their vehicles in May-August. Premium for City ranges from Rs100,000-130,000.

Besides the new models, the old models of Pak Suzuki are also available on premium cash as the delivery of these vehicles also takes time. Delivery time for Bolan, Ravi and Suzuki is three to four months and the premium charged for these vehicles ranges from Rs40,000-45,000.

Rs120,000 is being charged for instant delivery of Suzuki WagonR. Delivery time for WagonR is 5-6 months. The delivery time for Suzuki Ciaz is 3 months and the premium charged for this vehicle is Rs90,000. The only vehicle being delivered in one month’s time is the Suzuki Swift.

“Our used car dealers are not involved in on money business”

It is hard to tell if such lengthy time gap for the delivery of these vehicles actually exists or the demand has actually surpassed the production rate. Until now, no action has been taken by the government against car dealers involved in on-money business.