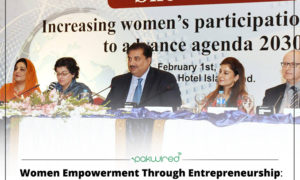 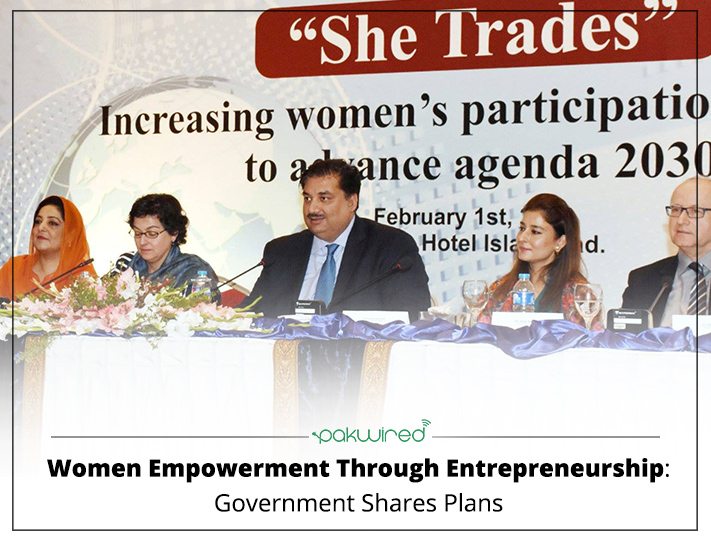 While addressing an event recently, Federal Commerce Minister Khurram Dastagir stated that 500,000 women will be included in Pakistan’s trade by 2020. This highlights government’s commitment to empower women by connecting them with the market.

A seminar “SHE TRADES” was arranged by the Ministry of Commerce and International Trade Center (ITC). Apart from the Commerce Minister, several other stakeholders graced the occasion. Some of the key personalities including Minister of IT, Anusha Rehman and ITC Executive Director Arancha Gonzalez were also present.

Also Read: Women Can Do project concluded on a high note with positive vibes

Khurram Dastagir said that inclusion of women in trade, business and economy is highly imperative for continuous economic growth. He mentioned that Pakistan should look at trade from a gender perspective and start giving opportunities to women of Pakistan. In addition, he stated:

SHE TRADES: A Global Measure to Empower Women

The commerce minister while praising “SHE TRADES” said that this is a global initiative where women are included in the trade business and Pakistan should take pride in the fact that more and more women entrepreneurs are proving their mettle on a global platform. These initiatives pave way for higher participation of women on the local and global front.

Other Programs to Encourage Women

Sharing her views on the matter, Anusha Rehman said that it is not the responsibility of women to work for her gender empowerment. Instead, it is the job of everyone to include women in the workforce.

According to the IT Minister, government is all set to roll out other projects under which 150 ICT labs will be developed for training girls in the field of coding and computing through Microsoft. Consequently, this will enable them to earn a decent income while sitting at home.

Additionally, she also stated that another project by USF is also in its first phase of development. Under this project, 30,000 deserving women, who are registered with BISP, will be given Android phones. They will be given balance and training to take advantage from this inclusion. The Minister for Telecom also expressed full support towards this initiative by saying that our ministry is open to collaborate with Ministry of Commerce and other organizations. They are ready to give women of rural areas the required training and resources to start a livelihood.

ITC Director, Arancha Gonzalez, expressed her views saying that the entire purpose of her visit and this event was to work with the Pakistani government for women empowerment. She suggested that GoP should make policies which provide a level playing field to each gender. Moreover, the government should ensure accurate data system, safe contracts to empower women. In addition, the government should also give preference to them in business deals by giving fair access to the market.

Gonzalez also said that Pakistan offers great potential and this is high time for the government to work towards women economic empowerment through trade and commerce.