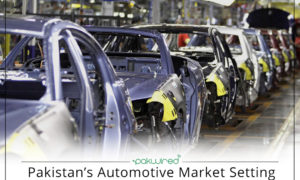 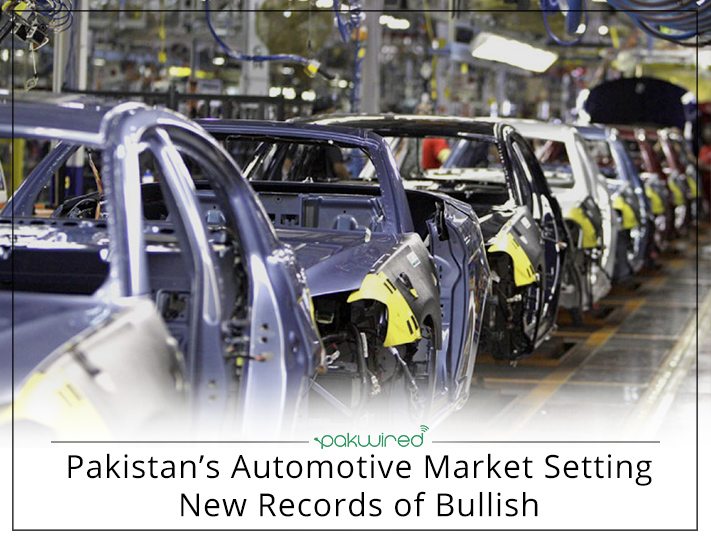 For the first time in Pakistan, local transport vehicle sales have crossed 200,000 units. Therefore, the automakers of the company are planning to increase their production to fulfill the sudden rise in demand.

Nikkei Asia Review has stated that new automakers are also flooding the ‘200 million’ market. This trend, the report observed, has been largely due to an eager government’s relaxation for the industry and the bright chance to cater to a developing middle class. Even though the market has witnessed enough growth, yet these new companies like Renault of France and Kia Motors of South Korea may dominate the Japanese automakers’ market.

For the fiscal year 2016 that ended last June, Pakistan witnessed a dominating record of 218,000 local transport vehicle sales. Pak Suzuki Motor, a minor of Suzuki Motor leaded with an order of 50,000 cars from eastern province of Punjab. According to the provincial government, these cars would be used as taxis for a job-creation program.

A collective project of Toyota Motors and local corporation House of Habib, Indus Motors is also driving market through Corolla. They reported a growth of 11% with 65,000 sales in fiscal year 2016. Toshiya Azuma, Indus Motor’s vice chairman with his expectations held high for more growth, said:

“The market is so brisk that production can’t keep up. Demand in India, our next-door neighbor, is about 4 million cars [including commercial vehicles] a year, so annual sales of about 600,000 cars is well within reach in Pakistan”

Ali S. Habib, brains behind HOH and the chairman of Indus Motors, attends weekly meetings at the company’s auto workshop. Keeping in mind the increase in production, he said that he is positive about the future:

“Safety is our priority. We’d like to avoid too much overtime. The market is very strong. [Expansion will be] step by step”

Emerging Opportunities for the Automakers

These automakers are taking advantage of various emerging opportunities. As the Pakistan economy grows, the household income witnesses a steady increasing, whereas, the gasoline and diesel fuel prices are at a decline globally. A heavy fall in the interest rates on auto loans can also be seen. It has dropped from 18% in fiscal 2008 to less than 10%.

Lately, the development at CPEC front has also drawn investors to invest in the country’s infrastructure. Hopefully, due to this initiative, Pakistan’s highway network is expected to be completely overhauled. With 58% hold of the local passenger car market, Pak Suzuki recorded 128,000 cars sold in fiscal year 2016. Hirofumi Nagao, managing director of Pak Suzuki said,

“Sales of models other than taxis, which are subject to special demand, grew by about 20% on the year”

The company is looking forward to invest $460 million in a new plant to meet the growing demand.

The government provided various opportunities for new automaker entrants through its Automobile Development Policy 2016-2021, in March 2016. The policy includes various incentives such as reduction of import taxes on spare parts. Kia Motors grabbed the opportunity and partnered with Lucky Cement, the parent company of Yunus Brothers Group. Both the companies are planning to invest a total of $115 million in the automaker industry. Mohammad Ali Tabba, CEO of Lucky Cement commented:

“We will undertake full-segment production, from compacts to sedans”

The company is looking forward to manufacture 25,000 cars per annum by the end of 2018. They will carry out the production at their new factory in the Port Qasim Industrial Zone. In addition, Tabba added:

“The car market in Pakistan has been monopolized by Japanese brands. Now, demand will go up, a lot of new highways are coming, and consumers’ minds are very active. So it is a good time to enter the market”

The company will focus on a fragment between Suzuki’s compacts and Toyota’s Corolla, known as classics in this market. Similarly, Renault is also hooking it up with an application to the government for a workshop permit last year. Signing an understanding note with the Sindh Board of Investment, the company hopes to start production in 2018. The company has also started a viability study for the process. The SBOI said that a total investment of $100 million is required to start production with 6,000 cars in the first year and expand it to 50,000 eventually.

Audi of Germany has also showed interest in investing and manufacturing in Pakistan in line with the country’s new auto policy which aims to encourage the new entrants in the market.

In order to invest in its new plant, Pak Suzuki has filed an application to the government for two-year tax relief. But it seems that Azuma of Indus Motor is more positive:

“The ADP can be seen in a positive light, as it will promote the medium- and long-term growth of the automobile and automotive parts industries in Pakistan by attracting new entrants.”

“We don’t mind more automakers coming, because consumers will have more choice”

It is sure that such a situation is likely to increase as more opportunities cloud the automotive market of Pakistan.