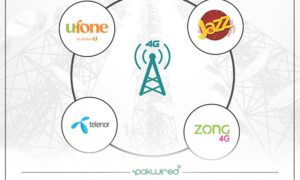 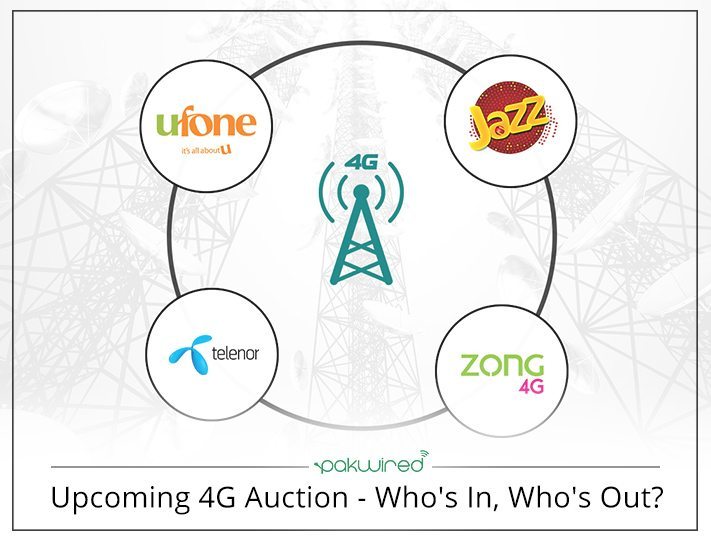 The Ministry of Information Technology and Telecommunication (MOITT) Pakistan in efforts to auction off the remaining 4G spectrum among the telcos of Pakistan, has hit a snag. As per the news pouring in, an overwhelming majority of telco operators shall not be taking part in the auction. It has been reported that three of the total four possible bidders will not be participating for various reasons.

Telenor, Zong and Jazz have been reported to not participate in the upcoming auction, leaving Ufone as the only potential bidder for the 4G spectrum. The Ministry of Information Technology and Telecommunication Pakistan had initiated the relevant processes and measures to auction off the auction of 10MHz block in 1800MHz band in March of 2017. The base price had been set at 295 million dollars.

Also Read: Next Phase of 4G Spectrum Auction in March 2017

However, despite the best efforts, the auction does’t seem to be a possible success. As stated earlier, many of the uninterested parties have various technical reasons for not participating in the upcoming auction. For example, Telenor acquired 10MHz block from 850MHZ band only in August 2016. They have just launched their 4G services and currently and have no reason to aim to expand their 4G spectrum.

Similarly, Jazz has only recently merged with another telecom operator, Warid which had its own 4G Spectrum. Thus Jazz already has a sufficient presence in the 4G domain without having to acquire additional spectrum.

The reasons for Zong’s non participation have yet to be confirmed.

The only telecom operator that remains available to take part in the bidding is Ufone. There are reports suggesting that the PTA is vigorously pursuing Ufone to take part in the bid. Ufone is a subsidiary of Etisalat, a company based in the United Arab Emirates (UAE). However, there seems to be no compulsion for Ufone to acquire 4G Spectrum as they are currently improving their existing infrastructure.

The 4G auction of the remaining spectrum is largely believed as a political concern for the ruling quarters to show this achievement in their last budget.

The first auction in Pakistan was held online in which telecom operators sent bids using the secure portal provided by PTA. Zong and Mobilink/Jazz each gained the 10MHz of 3G spectrum in 2100MHz band. Telenor and Ufone managed to acquire the 5MHz of 3G spectrum in 2100MHz band, each. Zong was likewise able to win the 10MHz 4G spectrum in 1800MHz band. Warid hadn’t participated in the auction, however, later along with Telenor, was able to get the 4G spectrum.
As Mobilink/Jazz got the 4G functionality after it has acquired Warid, Ufone now remains as the only company which doesn’t offer the 4G spectrum.