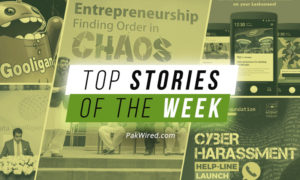 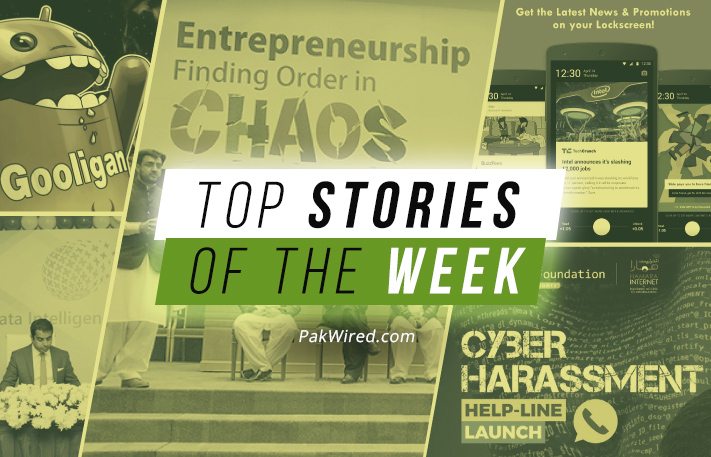 A bright Monday to you all!

Here’s the first episode of a weekly feature we’re initiating at PakWired: the Weekly Tech Trends Review. We shall be presenting you each week our best tech trends pick from both the national and international fronts.
To make it a success, your suggestions, critique, feedback all are not only welcome, but we actually look forward to them.

i. OPEN Islamabad Annual Forum 2016 at NUST
The week began with NUST hosting OPEN Islamabad  Annual Forum 2016, on November 26, 2016 in Islamabad. This year’s annual event, third of the series, followed the theme “Entrepreneurship: Finding Order in Chaos”.
OPEN (Organisation of Pakistani Entrepreneurs) is an international network of Pakistani entrepreneurs and professionals from all over the world and provides a great platform for business expansion and knowledge sharing for the young entrepreneurs and professionals.
The event coverage could be found at twitter following the trend #OPENIsb16.

The Challenge, first event of it’s type by Karandaaz was meant to scout and support young, innovative entrepreneurs who are building products and services with the potential to disrupt the financial services sector and enhance financial inclusion in Pakistan.
28 startups pitched their products. Karandaaz Pakistan has announced grants of up to $100K for the 3 winning fintech startups: Paysys, Publishex and Ricult.

iii. P@sha Backed Nest I/O’s Startups Graduation Ceremony
P@sha’s technology incubator Nest I/O conducted the graduation ceremony for its fourth batch of startups on November 28, 2016 in Karachi. The event was also employed as means to introduce startups to established industry experts, media and the investors. The current batch of startups is working in fields such as AR, retail, fintech, and livestreaming.
Nest I/O has been funded by Google, Samsung, and the US State Department, and is now almost two years old & has seen a total of 79 startups graduate from its four-month-long program.

iv. 5th Annual EDI Entrepreneurship Conference
Learn. Create. Lead (LCL) Conference is an initiative of Entrepreneurship Development Institute (EDI) to introduce the spirit of entrepreneurship and innovation in the country. Held annually the event is a large gathering of entrepreneurs, innovators, educators & business Leaders in Pakistan. This year’s event, fifth in the series, took off on December 2, 2016 in Islamabad.
Dominated by political influence, the event’s coverage could be followed on twitter by following the trends #LCL2016 and #LCLConference.

v. APICTA 2016 Awards
28 teams from Pakistan are participating in the 16th annual APICTA Awards in Taipei from Dec 2-5, 2016. The Awards are a competition between 267 teams from 17 economies across the Asia Pacific . P@sha’s delegation to the event consists of 41 people comprising of 19 teams who have graduated from Nest I/O.
APICTA Awards, an international awards program that recognizes innovation and creativity in the IT sector, and is also a global platform for new business opportunities and exposure to venture capitalists and investors.

An Android lock screen app Slide, first from Pakistan, has again created ripples in the startup community by securing $3.6 millions in series A funding round. The round was led by a South Korean VC firm, Songhyun Investment.
Slide launched only a year ago and had previously raised $1.2 Million in seed funding as well. CEO Junaid Malik claims the mobile app to have 5 million downloads already. Malik is also reported to state

“Closing this round is a matter of pride for the Pakistan technology circle as it puts us on top of the Mobile App pyramid and we look forward to becoming Pakistan’s biggest publishing platform.”

While participating at the United Nations Climate Change Conference in Morocco, called COP22 Conference, Pakistan’s Minister for Climate Change – Zahid Hamid shared that Pakistan is on its way to create history by setting up world’s biggest and largest 1,000 MW solar park. The primary objective of this mega project is to promote renewable energy in the country.
The Minister also informed the world that Pakistan has developed a National Sustainable Development Strategy and has become perhaps the first ever country whose National Assembly passed a unanimous resolution adopting the SDGs Agenda as its own national development agenda.

Pakistan first cyber harassment helpline launched on December 1, 2016. The service is initiated by the Digital Rights Foundation (DRF). It would be interesting to note that the Founder and CEO of DRF Pakistan, Nighat Dad won Human Rights Tulip Award 2016 earlier last month. She had announced her plans of utilizing the cash award by launching Pakistan’s first-ever Cyber Harassment Helpline.
The official statement of at the helpline launch shared:

It will provide a free, safe, and confidential service to victims on online harassment. The Helpline aims to provide legal advice, digital security support, psychological counselling, and a referral system to victims.

In another historic development, the first ever verdict governed by the Cyber Crimes Law was passed by the District Court of Lahore. The offender, Yasir Latif after being found guilty, has received a fine of Rs. 30,000 and a jail sentence for two years against the charge of blackmailing females by uploading their photo-shopped pictures on the internet.

During the last 12 months, Global X MSCI +% Pakistan ETF was up 16%, beating India’s and China’s comparable ETF’s. In a report backed by statistics from reputable foreign institutes, it confirmed Pakistan’s stability against the fluctuating interest rates:

Performance of Index/Fund for the last 12 months

In today’s age, digital technologies and AI are profoundly impacting businesses’ ability to deliver, their productivity and the customer experiences. Connected network of sensors, machines, coupled with machine learning and immersive design, are more powerful than anything we have seen.
In this context a a strategic partnership between Inbox Consulting and Persontyle Group Limited, UK to launch a first of its kind Data Intelligence Hub (DIH) in Pakistan, is a significantly remarkable development.The Data Intelligence Lab will be functional from 2017.

The DIH is meant to develop enterprise solutions leveraging advances in design thinking, artificial intelligence (AI), internet of things (IoT), data science and augmented reality. DIH will boost up the adoption of AI and help clients to become an innovative enterprise through new and infused data intelligence.

In its annual report published on stability within the financial system, the Russian Central Bank reported a cyber attack where hackers attempted to steal a total of $45 million from a multitude of accounts. The cyber theft was partly foiled by the bank, which was able to reduce the damage by around $26 million.

Interestingly, on the same day as the release of the report, the Russian Federal Security Service, the FSB, said in a statement Friday that a massive cyber attack by “foreign intelligence services” planned to undertake multiple banks and cities in Russia in an attempt to destabilize the entire Russian banking system on December 5. The plot had been foiled in time.

The battle between public and private cloud will continue to accelerate over the coming years. IT organizations are struggling to benefit from using both public cloud resources alongside their on-premises private cloud infrastructure.

To respond directly to the public cloud competitive threat and to ensure that on-premises data-centers remain a viable and cost-effective option, Hewlett Packard Enterprise announced 3PAR Flash Now at HPE Discover this week. This initiative is a new flash storage consumption approach for enterprise IT.

As the cost of flash media declines and the capacity of flash increases, all-flash storage arrays are quickly gaining traction with mainstream enterprise IT. HPE’s 3PAR Flash Now initiative offers on-premises, all-flash storage starting at $0.03/GB usable capacity per month to help accelerate the transition to flash. While it is difficult to make a direct comparison to Amazon’s flash storage pricing model, it is likely that HPE’s pricing scheme could result in significantly lower costs when compared to the public cloud.

9. Apple to Use Drones to Improve Maps Data

Digital maps are crucial tools for Apple and Google to attract developers that build popular travel, ride-sharing, and retail apps and services that integrate with the companies’ mobile operating systems. However, collecting accurate data is the most important part of digital map building and Apple has lacked the technology needed to suck in data from many different sources to evaluate and build the digital maps accurately.

Recently Bloomberg News claimed to have obtained the documents in which  the Federal Aviation Administration granted Apple approval to “operate an unmanned aircraft system to conduct data collection, photography, and videography.”
Apple Inc. plans to use drones and new indoor navigation features to improve its Maps service and catch longtime leader Google.

Currently the number of affected Google accounts continues to rise at an additional 13,000 breached devices each day.
In order to check the security status of your account use this link.