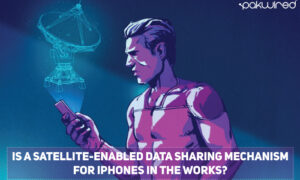 If a report by Bloomberg is to believed, Apple is working on a project involving satellite/ antenna designers and aerospace engineers. Their objective is to develop a communications protocol through which iPhone users can directly exchange data with other devices including iPhones through satellites. This process, if completed, will remove the need for third-party networks to facilitate data transfer.

According to Bloomberg, Apple will not be manufacturing its own satellite but will just developed transmission devices for orbital communications. The technology could also be used more improved location-based service facilities.

The team is led by Michael Trela and John Fenwick of Skybox Imaging, both of whom were previously leading Google’s Satellite and Spacecraft Division. The other noteworthy recruits include Ashley Moore Williams of Aerospace Corporation.

On the outset, the idea appears to be too ambitious and ideal to be true. That doesn’t mean it’s impossible. Earlier this year, the company Ubiquitilink (now named Lynk) was reported as developing a new variety of Low Earth Orbit (LEO) communications satellites which can directly communicate with phones.

Although further technical details about Apple’s reported project are still not available, it’s interesting to imagine the ways in which the project, if successful, could offer seamless connectivity for services such as iMessage, voice calls and navigation.