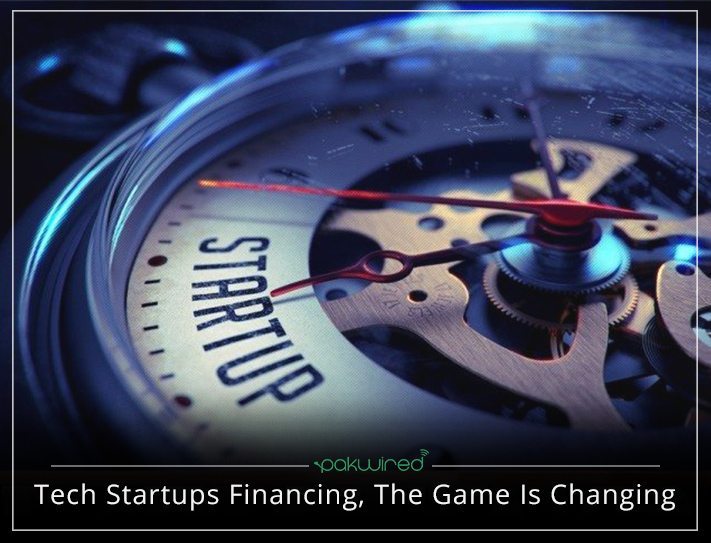 Of late the emerging Tech startups scene has witnessed a surge of new avenues of financing, since the commercial banks are still not impressed by the growing opportunities in the startup environment. Catering mostly to the conventional business models, the lack of interest by the banks creates room for other players to step in; namely: venture capital organizations, not-for-profit development finance institutions (DFIs), and individual domestic and international investors.

According to market statistics, many startups have surprised the experts by raising substantial funding during 2016. Innovation has remained key factor behind success claimed by majority of them startups; be it a health and lifestyle e-commerce portal, or an online fruits and vegetable delivery network.

Some of the reports indicate that more than a dozen newly emerged entities have received multiple tranches of capital mainly from the international sources. Some of them have, however, obtained angel funding from domestic sources as well.

There has been a common notion that most of these startups hesitate to receive bank funding and vice versa. According to a former head of National Bank, quoted by Dawn:

Careem, being a highly growing entity in Pakistan has recently announced to inject $100 million over the next five years. The company plans to expand its services in Pakistan and UAE and initiate research and development services in Egypt and Germany.

Despite its rising popularity, the entity is facing intense competition from international player Uber in Pakistan. It is stated that most of this funding will be utilized to defend its established market in Pakistan. Additionally, it will also prevent Uber from overtaking its share. According to industry experts, Careem has been using its funding to upgrade its services.

Quick Read: WonderTree – A Pakistani startup that is specifically designed for ‘special children’

Owing to a drastic shift in the lifestyle of a typical Pakistani, many online businesses are growing rapidly as most of the consumers have become convenience driven. Perkup is a classic example of this trend. PerkUp is a customer loyalty web portal that functions with businesses and helps them retain their customers and uplift their sales. The startup raised Rs15 million last year in seed funding.

Another example of such trend is KarloCompare that came on the scene last year. This startup has been co-founded by two former bankers, and it provides comparisons of consumer financing and insurance products of commercial banks and insurance companies. The owners boast of raising a funding that figures in seven digits, last year.

An online content generator platform called Mangobaaz has opted for domestic funding as the company has raised $115,000 in seed funding from Fatima Ventures. Additionally, this venture fund has invested a sizable chunk of $280,000 in BeautyHooked, a beauty service providing platform in Pakistan that was founded in 2015.

RepairDesk has also managed to raise $40,000 funding in 2016. Established in 2014, it develops cloud-based point of sale terminals and customer relationship management software for small and medium cell phone repair shops.

Another online retailer, Sabzi.pk has gained massive popularity in the city of Karachi. The startup has sealed the deal worth $7.5 million with a chain of retail outlets and is successfully delivering merchandise to its consumers.

An online rickshaw and bus booking service, Travly has also emerged on this startup landscape raising a significant sum of $200,000 from CresVentures in 2016. However, the startup is currently struggling due to lack of innovation in its business model and the rising competition.

Karandaaz has also launched a Rs50 million innovation challenge Fund in 2016 in its efforts to finance fresh tech startups.

Currently, most of the startups are financed by many domestic and international investors but the banking industry is still skeptical regarding its long term viability. However, micro finance banks are venturing into this industry as Pakistan Microfinance Investment Company (PIMC) has provided financial assistance to some of the emerging startups.

Some of the key players in the Microfinance and Islamic banking industry are closely watching the developments in the startup landscape. It has been reported that an Islamic bank and a microfinance bank have agreed to partner with a not-for-profit DFI to finance a few startups. However, the news is yet to be made official by both the parties involved.

However, the startups will still have to wait to receive funding from commercial banks as a senior banking official has been quoted:

“Unless big start-ups come up with terrific business plans, commercial banks already enjoying a surge in credit demand and constrained with capacity to assess viability of tech start-ups may hardly get excited”