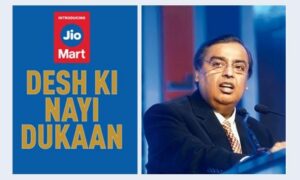 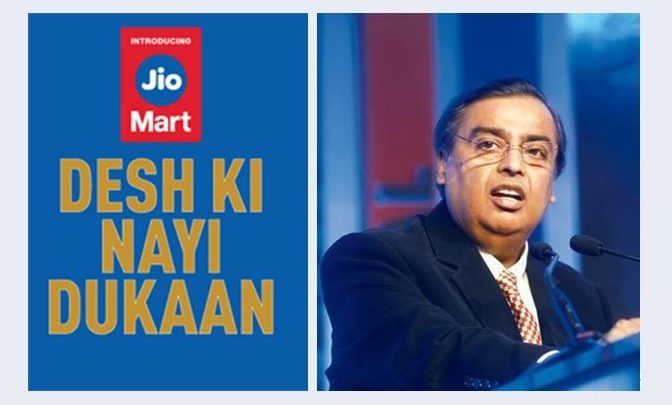 The venture, dubbed JioMart, was launched by Ambani’s Reliance Industries through collaboration by Reliance Retail and Reliance Jio. Presently, JioMart is partnering with neighbourhood stores in three areas of Maharashtra state: Kalyan, Thane and Navi Mumbai.

The slogan used by JioMart is “Desk Ki Nayi Dukaan” which in Hindi language roughly translates to ‘The country’s new store‘. It provides 50,000 grocery items for sale including “free” and “express” delivery.

Subscribers of Reliance Jio received an email informing them about Ambani’s latest veture including plans to spread the business across India in the near future. Jio users were encouraged to sign up for introductory offers on JioMart.

Ambani is certainly a force to be reckoned with, as far as competing with foreign giants Amazon and Walmart is concerned.

Reliance Retail (established in 2006) is the largest retailer in India, by revenue. It serves more than 3.5 million customers each week through a network of almost 10,000 physical stores in more than 6,500 cities and towns.

Reliance Jio is the second-largest telco company in India with more than 360 million subscribers. Its 4G carrier commenced operations in the latter half of 2016, offering users bulk data and voice calls at very cheap rates.

Ambani, who is an ally of India’s Prime Minister Narendra Modi, during a speech invoked India’s founding father Mahatma Gandhi and urged for a movement “against data colonisation“. He went on to say, “For India to succeed in this data-driven revolution, we will have to migrate the control and ownership of Indian data back to India — in other words, Indian wealth back to every Indian“. Prime Minister Modi was among the attendees when Ambani delivered this speech.

However, e-commerce accounts for just a fraction of total retail sales in the Indian market. It is projected to grow to almost $188 billion in the next four years from the existing $79 billion, as per a research by Technopak Advisors.

To improve their brand image, Amazon and Flipkart both have expanded their offerings by selling grocery items in recent quarters and are also working in food retail. Amazon acquired stakes in a number of Indian retailers including the country’s second-largest retail chain Future Retail’s Future Coupons, supermarket chain More and department store chain Shopper’s Stop.

Flipkart has invested in several logistics startups such as ShadowFax and Ninjacart. Recently, Amazon India was also engaged in negotiations with Ninjacart.

Reportedly, Reliance Jio executives have reached out to Indian sellers across the country to exhibit their Point-Of-Sale (POS) machines as an incentive for joining hands with JioMart.