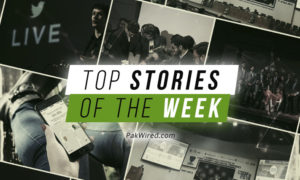 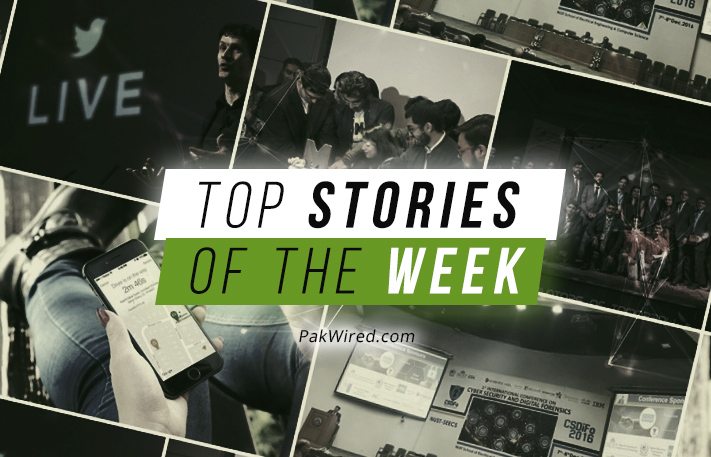 Here’s the third episode of our weekly feature: the Weekly Tech Trends Review. We bring to you through this feature, each week, our best trends pick from the national and international tech and business frontiers.
We look forward to your suggestions, critique & feedback.

i. PIF Announces National Innovation Award Winners
Pakistan Innovation Foundation at its third annual conference: The Pakistan Innovation Forum 2016, announced its second National Innovation Awards.
The conference themed Innovators of Tomorrow sought to bring Pakistan’s leading innovators as well as business, government, social, and technology leaders to engage with a bold and refreshing innovation agenda for Pakistan. The forum covered STEM/STEAM, Innovation, Entrepreneurship, Incubation, Acceleration, and Venture Investing in the local context, and was attended by around 50 innovators from all across the country.


iii. MangoBaaz Secured Massive Seed Funding
Launched in August 2015, MangoBaaz has become first media start-up in Pakistan to have secured a seed funding of $115,000. MangoBaaz is a popular online platform known for generating digital content for the younger niche of audience. The investment has been provided by Fatima Ventures, a subordinate of the Fatima Group.

iv. VentureLab Accepting Applications For Idea Acceleration
VentureLab – An initiative of Pakistan Innovation Foundation, is an Ideas Accelerator specially designed for professionals and university faculty working full-time jobs but with a great idea and not sure of whether it could be transformed into an awesome commercial opportunity.
The accelerator provides a 5 months training in addition to a PKR 1 million support to the qualifying ideas & products. The application submissions for idea selection are open till January 15, 2017. The selection procedure guidelines and eligibility criteria has been shared at the official web page.

v. 10xC Accepting Applications For New Batch of Start-ups
Tech accelerator and seed venture, 10xC’s first cohort, comprising of 8 startups, is graduating in December 2016 and they are accepting applications for the second cohort until December 31, 2016. Being a team of entrepreneurs themselves, 10xC aims to create a technology ecosystem, which is self-sustaining and solves bottlenecks in the current ecosystem.


2. Optasia – Navigation System For The Blind by Pakistani Students

Three students in the final semester of Software Engineering department at COMSATS University, have developed Optasia: a navigation system for the blind and visually-challenged.
When the Optasia application is opened, it automatically detects the location of the blind person through GPS system. Through voice recognition system, the blind person speaks out the destination and the optimal path is calculated by the application.

After Uber and Careem,  Limofied – an Australian-based ride-sharing service and app, is now being launched in Pakistan. The app allows passengers using smartphones to submit a ride request, which is then delivered to the nearest Limofied drivers, who offer transportation services to a variety of user segments in their registered cars.

4. What Have Pakistanis Been Googling in 2016

On December 14,  the search engine giant Google released a report revealing the most popular search queries of 2016. The annual report has brought to surface many interesting insights into the insatiable inquisitive side of us Pakistanis. Many of the results, show the national trends, trending topics and other events that caught the public attention on the national front.

A three-member Chinese delegation from BODA Information Technologies, China, met with Pak-China Joint Chamber of Commerce and Industry (PCJCCI) President, in order to strengthen the bilateral ties between two countries in IT sector. The delegation was sent by Chinese Government in order to inform the Chinese stakeholders investing in CPEC about the IT opportunities present in Pakistan. Also, China is interested in outsourcing IT work to Pakistan companies.
Both governments have stepped forward to jointly revolutionize the IT sector by developing an e-corridor for greater connectivity and development.

i. Twitter & Instagram Launched Live Video Streaming
Cashing on the trend of live visual broadcasts, Twitter completed a major long-awaited integration with its live video app Periscope. Now twitter users can broadcast live video directly from Twitter’s flagship app, which can be retweeted, liked and shared just like the regular, normal tweets.
After Twitter, Instagram has become the latest social platform to introduce live streaming as it released its live video broadcast feature to all U.S. users. The app also passed 600 million downloads, a huge milestone fueled by its algorithmic feed.

ii. Facebook’s Miscalculated Engagement Metrics Cost Advertisers
On December 16, Facebook revealed miscalculating several more metrics that marketers use to assess the value of their ads. The faulty metrics with Instant Articles, its mobile publishing system, make up for the fourth disclosure of a measurement error since September this year.
Earlier measurement errors have been: inflated viewership numbers for its video ads; additional metric errors along with new tools for third-party measurement companies; and discrepancies between Facebook’s internal metrics on how articles where shared and public measurements.
Ad buyers are, rightfully, calling for more independent audits.

iii. Facebook Secured E-Payment Licence
Working for friend-to-friend payments to come to Facebook Messenger in Europe (after the functionality became available in the U.S. last year), Facebook has quietly secured an e-money license from the Central Bank of Ireland.
Ireland being a member of the European Union, Facebook can take advantage of so-called passporting — meaning that the license applies throughout the other 27 EU member states.


iv. Snapchat Added Group Feature
In recent stream of tweaks, Snapchat added a new Groups feature that lets users swap photos, video and messages with up to 16 people. With more than 100 million daily app users, a feature like this could impact the way other messaging services like Messenger, WhatsApp or iMessage are used.


v. Tech Employees Vow Not to Help trump Surveil Muslims
More than 200 employees of technology companies including Alphabet Inc’s (GOOGL.O) Google, Twitter Inc (TWTR.N) and Salesforce pledged on December 13, to not help U.S. President-elect Donald Trump’s administration build a data registry to track people based on their religion or assist in mass deportations.
Microsoft PR head Frank X. Shaw refusing to take any part in developing any database of Muslims and said:
“We oppose discrimination and we wouldn’t do any work to build a registry of Muslim Americans.”
A Google spokesperson issued a statement saying:
“In relation to the hypothetical of whether we would ever help build a ‘muslim registry’ — we haven’t been asked, of course, we wouldn’t do this and we are glad — from all that we’ve read — that the proposal doesn’t seem to be on the table.”
Uber responded with a simple and straight “no” when queried about participating in a Muslim registry.

i. Spotify Not Acquiring Soundcloud
The digital music marriage rumored to be taking place isn’t happening after all. Spotify has given up on its latest effort to buy SoundCloud following months of talks between the two.
Spotify walked away because it feared that an acquisition could negatively impact its IPO preparation. Estimates suggest SoundCloud’s annual revenue jumped 43 percent year-on-year to reach almost $28 million, thanks in a large part to the $9.99 subscription it introduced this year, but it has never been profitable.

ii. Yahoo’s Security Breached – Yet Again
on December 14, Yahoo revealed suffering yet another massive hack. This breach of 1 billion accounts is entirely separate from the other breach of 500 million accounts we learned about in September. The company stocks have suffered a major blow due to the news.

iii. Google’s Self Driving Car Unit launched as an Independent Company
Google announced that it is spinning out its self-driving car unit as a separate company called Waymo. It will operate under Alphabet and will be more focused on self-driving tech rather than the cars themselves. As reported the independent autonomous car company will team up with Chrysler for a ride-sharing service deployment, which would see semi-self-driving Pacifica vans hit the roads to carry passengers as early as the end of 2017.

iv. Google, Microsoft, Amazon Racing to be the Best Virtual Assistant
Just a week after opening the Google Assistant platform for developers to start building Google Home services, more than 30 new conversation actions were rolled out Thursday morning.
Microsoft responding to Google’s move, launched its stream of all things bots and AI assistants. The Cortana Skills Kit is now in private beta and will become available for wider use in February 2017.
Amazon’s Alexa appears to be far ahead of competition, and in the past two weeks has taken steps to launch its first deep learning services, its Lex bot framework, and a new library of thousands of built-in commands to improve the Alexa Skills Kit.

v. Google Testing User Ratings in Search results
Google is experimenting with including light-weight services directly within search results. This time, Rotten Tomatoes and IMDb, with Google testing out movie ratings from within search itself. Currently the feature is just an experiment, so some users may not see it when they search for a movie or TV show.

On Tuesday Uber’s self-driving cars started picking up passengers in San Francisco, and were promptly ordered to stop by the Department of Motor Vehicles. Uber began the launch with Volvo XC90 SUVs outfitted with sensors and supercomputers in an expansion of the self-driving pilot project in Pittsburgh. As reported Uber didn’t have a necessary state permit needed to test autonomous vehicles on public roads, but launched anyway. However, in an interesting turn of events Uber has refused to stop operating these vehicles.

10. Rise of FinTech Start-ups From Asia

According to the recently released Pulse of Fintech Q3 2016 report by global audit and advisory firm KPMG, venture capital funding in Asian financial technology companies increased, reaching US$1.2 billion – outpacing even the US, where VC investment totaled US$0.9 billion.

As can be seen, fintech is going strong in Asia as the year draws to a close. Singapore’s central bank, for example, announced that it would create a regulatory sandbox in which fintech startups can try out their ideas. More recently, in November, it had released financial data as APIs for developers and app creators to use in their services.